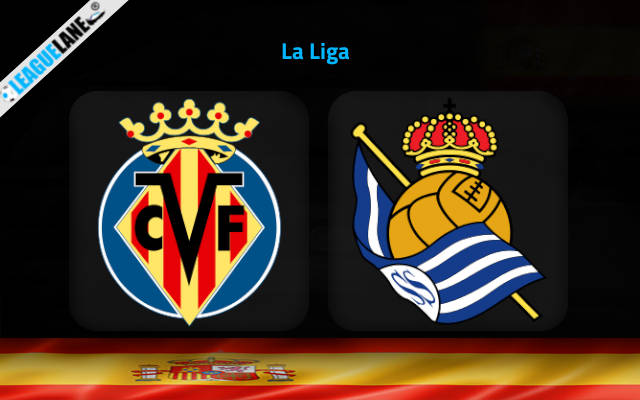 This encounter has the potential to be one of the best fixtures this season in the Spanish top flight. Both of them are still in the running for a ticket to the Europa League and are placed 6th and 7th in the table, with a gap of just 3 points.

Consider that there are just 2 more games remaining in the campaign, and you can just expect how high will be the pressure on either of the two this Sunday.

Sociedad are placed 6th in the table, and they will be happy even with a draw, since they already have a 3-point lead over their competitors. But the team will have to be careful about their recent performances on the road, which has seen them conceding in plenty.

Meanwhile, Villarreal are high on confidence after they delivered a campaign to remember in the ongoing Champions League, which saw them defeating titans such as Juventus and Bayern Munich.

Moreover, they are also at home, and fans will be eagerly cheering their players on in order to secure an entry into the next edition of the Europa League. After all they are a team that just played in the semi-final of the Champions League.

In addition, goals have come in plenty whenever these 2 teams have locked horns with each other in the past.

By the looks of things anticipate a high-scoring affair this Sunday.

Villarreal won 1-5 on the road the last match day against Rayo Vallecano. They were also unbeaten in 7 of their past 10 overall fixtures, and their only 3 losses at this venue since mid-October had come against Liverpool, Manchester United, and Barcelona.

On the other hand, Real Sociedad won 3-0 at home the past game week against Cadiz. They were also unbeaten in 7 of their previous 9 overall games, and they had remained so in 9 of their past 12 road trips.

Taking into account these observations, as well as previous h2h scorecards, expect a goal-fest this Sunday between the two.

Tips for Villarreal vs Real Sociedad