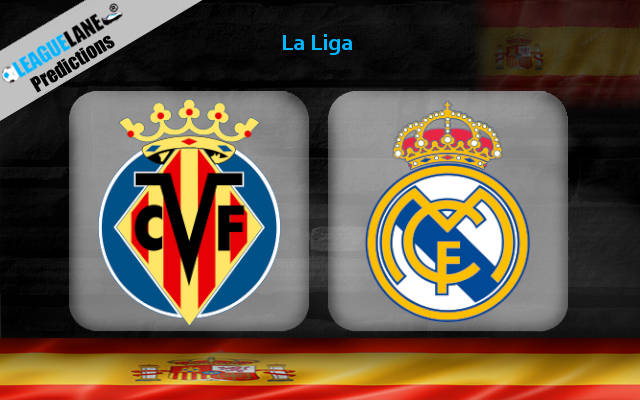 Villarreal is at the second spot in the league table as it stands with 18 points from 5 wins and 3 draws in their nine appearances so far this season.

Having lost only one win in the campaign until now, the host is two points ahead of the reigning champions on the table.

They are on a two-game winning streak, following a 1-3 win on the road against the likes of Getafe last time out in the schedule.

It has not been the greatest start for Real Madrid, as they are continuously caught off guard against weaker teams in the mix this term.

Los Blancos have lost two of their eight fixtures in the campaign and have picked up 16 points in the table with 5 wins and a draw in their form.

Two of their defeats came within the last five matches, including the 4-1 loss on the road to Valencia last time out in the league.

For their past five h2h meetings, Villarreal and Real Madrid have seen the back of the nets averaging 4.0 goals in the process.

So, when these two teams meet again in La Liga this season, we can expect a BTTS in full-time and probably a high-scoring affair along with it.

Since Zidane’s backline has been failing recently on injuries, there is a probability that Los Blancos might concede a couple in the game.

However, nothing is lost for the away team yet as the reigning champions can make a comeback in the league at any point in the season.

Villarreal has a strong front ahead of the upcoming match, and their ground advantage will also come in handy for the host to trouble the visitors in the middle.

Even at their strongest form, they are not completely invincible against Ramos and Co. That’s why the double chance favoring Real Madrid will probably be the best bet for the punters in the encounter.