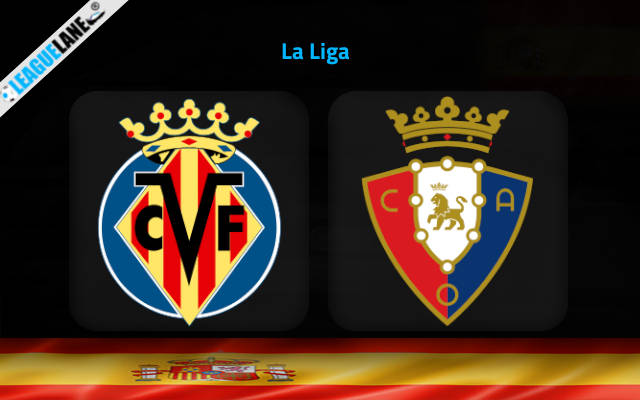 Villarreal and Osasuna will wrap up the happenings in the ninth round of La Liga with their Monday night clash at Estadio Ciudad de Valencia.

Both teams will enter the tie off the back of defeats. Osasuna took just one point in the previous three league outings but they are still one point above Villarreal in the standings (8th and 9th respectively).

Interestingly, Osasuna’s lone point in the previous three rounds came against Real Madrid as they held Los Blancos to a 1-1 draw at Estadio Santiago Bernabeu (Madrid’s lone slip-up so far in the season).

Osasuna finished their last game with nine men on the pitch in the 1-2 loss to Valencia in Pamplona. It was a wild affair which saw both teams missing a penalty and receiving at least one red card.

Villarreal will try and take advantage of Osasuna’s suspensions as they are hoping to rebound from a 1-0 defeat at Real Sociedad last Sunday.

El Submarino Amarillo were completely toothless throughout the whole course of the match in San Sebastian, failing to register more than five shots in total in the 90 minutes of play at Reale Arena.

We can already talk about the lack of creativity in Villarreal’s team since Unai Emery’s men have only scored two goals in the previous four league outings.

Both Villarreal and Osasuna have done much better defensively than offensively so far in the season and we see the Under 2.5 goals FT as a great betting option at the odds of 1.90.

The draw is appealing at the 4.00 odds, but we will go a step forward and back the goalless stalemate at the sky-high 11.00 odds.