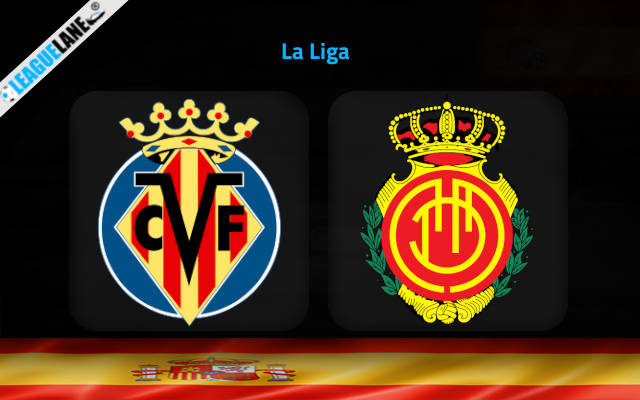 Former Europa League champions Villarreal are trying to find their footing in the Spanish top flight. Their current objective is to go after a top-six spot, and as of now they need a surplus of three points to do it. This weekend, in front of their fans, they will be the favorites to register a win against the struggling Mallorca.

Mallorca managed just three wins so far in the La Liga, and only one of these victories came in the past five match-days.

They were held to a 1-1 draw at home the last match-day, by Espanyol of all teams. Note that Espanyol are considered to be one of the weakest in the entire Spanish top flight.

Meanwhile, Villarreal are trying to transform themselves into one of the titans of the La Liga. They recently appointed a new gaffer, and will be determined to make it count.

And they are on a long stretch of good performances in front of their fans as well. In fact, the last they lost in front of their home crowd was back in May. Since then they have had a 100% winning record barring just two draws.

Moreover, they also have a compelling h2h record against this rival over the years, and considering all these observations, it is expected that we are about to witness a convincing win for Villarreal this Sunday.

Villarreal lost just four times in total this whole season, and these defeats came against Barcelona, Sociedad, Betis, and Athletic Bilbao – all of whom are considered to be the best in La Liga.

They are also on a superb stretch of performances in front of their fans, and importantly they have a rather superior h2h record against this foe over the years.

On the other hand, Mallorca have a single win to their name in the past one-month period, and they have just three in total this whole season.

It is also to be noted that the last they kept a clean sheet on the road in any competition was back in August.

Considering these observations, and particularly previous h2h clashes, expect a win for the Yellow Submarines this weekend.

Tips for Villarreal vs Mallorca