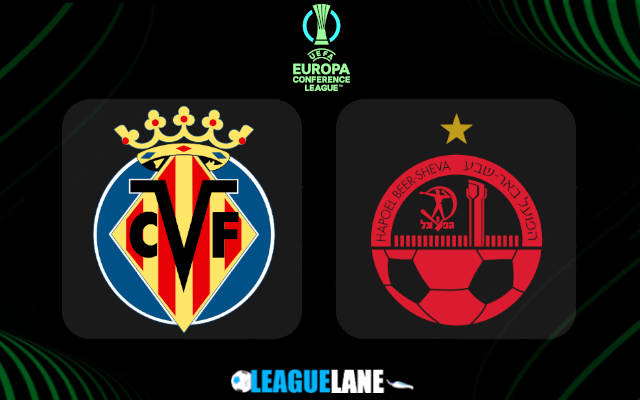 Villarreal are on a four-game winning streak in Group C of the Conference League. They will face Hapoel Be’er Sheva at Estadi Ciutat de València this Thursday.

The team led by Unai Emery defeated Austria Wien on Matchday four by a one-goal margin. In that game, Nicholas Jackson scored the winning goal with just three minutes remaining on the watch.

Following this victory, Unai Emery’s side are at the top of Group C. In the first leg against this team, the host won by 2-1. It was Alex Baena who scored the winning goal in the 67th minute.

Meanwhile, the visitors had to settle for a 1-1 draw against Lech Poznan most recently. The team is at the third position on the table with three draws in their last four matches.

Despite not winning a single game the visitors have the best defensive record in Group C. This is why they have won three points by settling for a draw.

In this upcoming fixture, we can expect the home team to extend their winning streak. They can be considered as the best team in Group C this season.

Unai Emery will count on Jose Luis Morales to help his team. As he scored a hat trick in less than twelve minute time gap when he faced Austria Vienna on Matchday three.

The team under Elyaniv Barda have scored only two goals so far. Therefore, we can expect the home side to dominate this game as they have scored over ten goals since Matchday one.

Our first tip for this game is that Villarreal will win this game by 2-0 – the odd for this tip will be at 7.00 odd. They are on a four-game winning streak. Not to mention that they scored two goals against this team in the first leg.

Moreover, the next tip is that Villarreal will keep a clean sheet – the odd for this top will be at 2.10. The host have kept a clean sheet in their last two consecutive matches.