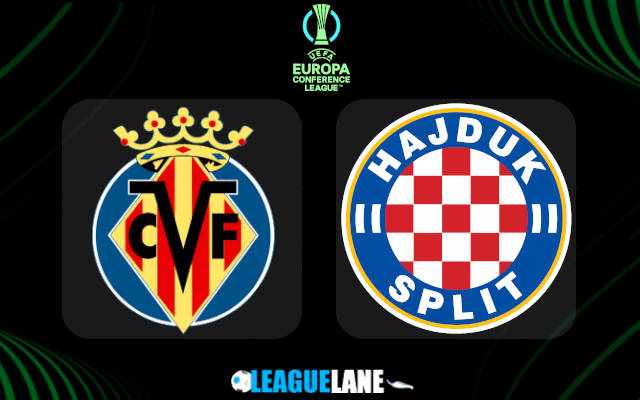 Despite reaching the UEFA Champions League semifinal and eliminating the likes of Juventus and Bayern Munich along the way last season, Villarreal are forced to play the UEFA Europa Conference League playoffs this time around.

The Spaniards will host Croatian side Hajduk Split in the first leg on Thursday at Estadio Ciudad de Valencia.

Villarreal have been extraordinary in the preseason, beating the likes of Southampton, Levante, and Inter Milan in three of the last four games.

They also played a 1-1 draw at Fulham in the meantime. The team led by Unai Emery transferred this form to the start of the new La Liga campaign, beating Real Valladolid 0-3 on the road on the opening day of the season.

Substitute Alex Baena stole the show with two late goals, while Nicolas Jackson was the man who broke the deadlock just after the half-time break.

Hajduk will, on the other side, enter the tie in much lower spirits. They have suffered a tough 4-1 defeat to fierce enemies in their country, Dinamo Zagreb, on Saturday.

The match against the reigning Croatian champions certainly did not come at the right time for Valdas Dambrauskas’ men.

The fact that Hajduk Split shipped four goals to Dinamo Zagreb is very much worrying for the Lithuanian manager ahead of the clashes against the likes of Villarreal, especially knowing that the Yellow Submarine have been enjoying a spectacular attacking so far this summer.

The gulf in quality between these two teams is huge. If we add that Villarreal are scoring goals for fun this summer and that Hajduk Split have just shipped four to Dinamo Zagreb in their domestic league on Saturday, the comprehensive home win is the only way to go from the betting perspective here.

You can get the 1.85 odds for Villarreal to win by two or more goals difference and 1.90 odds for El Submarino Amarillo to have the lead at the half time and win the match at the end.