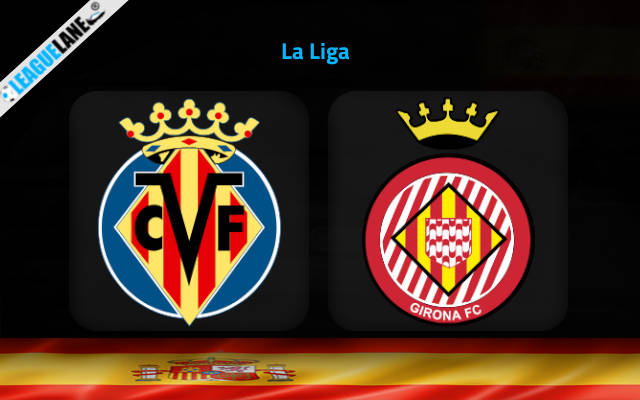 Villarreal vs Girona Predictions and Free Tips from our expert tipsters when the teams go head-to-head in Spanish La Liga on Sunday, 22 January 2023.

Villarreal almost pulled a double over Real Madrid in the past week. After a win in the La Liga, they were very close to knocking them out of the Copa del Rey. Anyhow, they are in great form at the moment, and are level on points with the fourth-placed Atletico Madrid.

Meanwhile, Girona have been fairly consistent lately. But they do have one major flaw to worry about. They have a 100% winless record on the road, barring their victory against the dead-last placed Elche.

The latest clash ended in a 0-1 win for the Yellow Submarines, and they are also on a three-game winning streak. In fact, they have been unbeaten against this opponent since 2018.

Who will win the match between Villarreal and Girona?

The Submarines are performing at a high level at the moment, and they also have an unbeaten record at home this league season – disregarding a single loss.

On top of that they have a superb h2h record against this opponent in the last five years, and to make matters easy for them, Girona have been extremely poor on the road. In fact, they remain totally winless away from home, barring their clash against the dead-last placed Elche.

As such, expect a win for Villarreal this Sunday.

On the other hand, Girona were promoted to the top flight only at the end of the last season, and they failed to keep a single clean sheet on the road in 2022-23. Likely, expect goals in plenty this weekend.

In spite of their domination lately, the Submarines failed to keep a single clean sheet at home after the World Cup. They also let in two or more goals in three of the former five appearances at home.

It appears that Girona could deny them a clean sheet this Sunday.

The Yellow Submarines are in great form, and especially so at home. Their latest league fixture at home was against Real Madrid, and the team delivered a win.

They also have a great h2h record in the past five years, and on top of that Girona are a team that were promoted at the end of the last season. In addition, they also have a poor record on the road so far in the campaign.

As such, a win for Villarreal at the odd of 1.80 would be a great pick.

Coming to scoring, the Submarines are scoring consistently at the moment, and have done so in previous h2h clashes. In fact, most of their recent games as well as recent h2h encounters have turned out to be high-scoring affairs.

And in spite of all their struggles, Girona have been delivering pretty decent offensive performances. Likely, chances are high for goals to come in plenty this Sunday. The odds for Over 2.5 Match Goals are placed at 1.83.