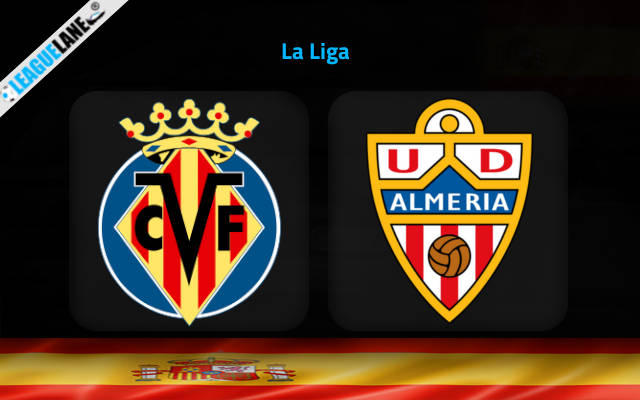 Just three days after a tough away game against Barcelona, Villarreal will have a much easier “home” fixture against newly-promoted Almeria in Gameweek 11.

The hosts are big favorites according to the bookmakers and it is very hard to see any even minor reason that would suggest an upset on Sunday at Estadio Ciudad de Valencia.

Almeria moved away from the relegation zone thanks to an important mid-week victory over Girona.

It was their second straight win on the home patch, following the 3-1 success against Rayo Vallecano earlier this month.

However, Rubi’s men provide much weaker displays on travels than at home this season. Despite two wins in the last three outings, they still have five defeats in the previous seven rounds.

Almeria claimed only a single point in five league outings away from home this season. They have scored just two goals in the process.

Almeria’s poor attacking record on travels comes like a perfect match for Villarreal who own the best defensive record in the league by a mile.

El Submarino Amarillo have conceded only three goals in the opening nine games of the campaign. They only shipped one goal in three home outings, although it is worth noting that they play home matches in Valencia because of the renovations of their Estadio de la Ceramica.

We have the best defense in the league facing a team that scored only two goals in five away outings this season.

Villarreal to win to nil is the standout betting option at the 2.20 odds, while we also like the 2-0 correct score punt at the 6.50 odds.