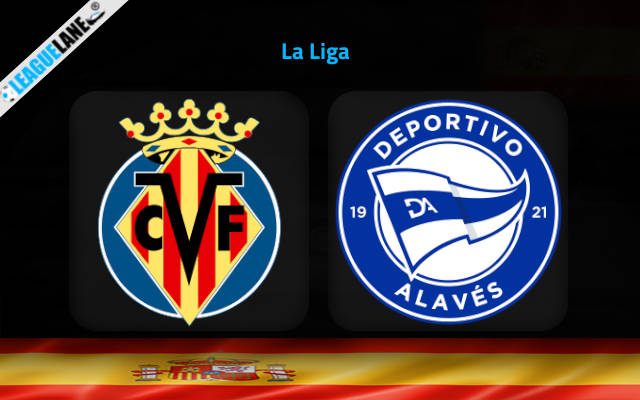 Alaves continue to be one of the weakest teams in the La Liga this season, and have rightfully placed themselves as a prime contender to get relegated at the end of the season.

They have had one of the worst offensive stats in the whole of the competition, and they are one of the very few squads in the entire competition to stay winless in the past five match-days.

Meanwhile, Villarreal are slowly returning back to form. The reigning Europa League champions had a worrying start to their campaign, and were really struggling to post wins.

However, it seems like they have regained their mojo, and now it’s time to make up for their lost time and dropped points.

They are on a winning streak at present, and this upcoming encounter is an opportunity to secure another win, which would increase their momentum even more.

Villarreal had recorded a 1-3 on the road the last match-day, against Real Sociedad. Note that at one point, Sociedad were at the top of the table, and were a legitimate contender to secure a top-three finish.

Going on, the Yellow Submarines are on a four-game winning streak, and they have failed to score just twice at home since March. One of these fixtures were in the Champions League, against Manchester United.

On the other hand, Alaves lost 2-0 on the road the past game week, against Vallecano. They are also on a two-match losing streak, and they had remained winless in seven of their past nine games as well.

Considering these stats, as well as previous h2h results, expect a win for Villarreal this Tuesday at the Estadio de la Ceramica.

Tips for Villarreal vs Alaves