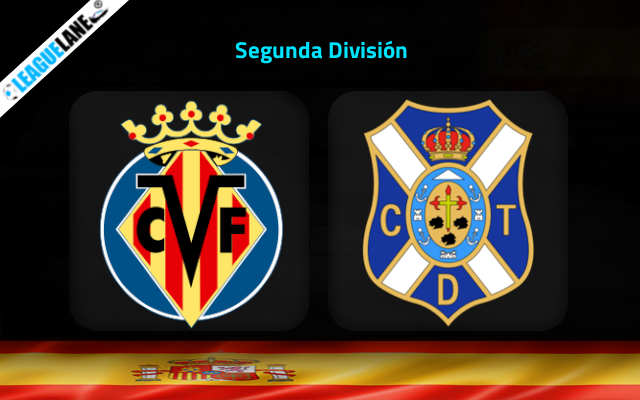 Villarreal B vs Tenerife Predictions and Free Tips from our expert tipsters when the teams go head-to-head in the Spanish Segunda Division on Sunday, 11 December 2022.

Villarreal B is currently having an inconsistent form. They have been recording winless games consistently of late. As a result, they have dropped to the 10th position in the league standings.

They will have a tough ask against Tenerife, who is currently at the 15th position in the league standings. The Insulares have won three of the past five league outings and have shown a good pickup after being in a slump of winless games.

Villarreal B vs Tenerife head-to-head stats

These two have locked horns just two times. Both teams have won one apice. However, it is worth noting that they have not met each other in the past 11 years.

Their latest meeting was in a 2011 Segunda Division fixture and the match ended up in a 0-1 win for Tenerife.

Who will win the match between Villarreal B vs Tenerife?

Villarreal is having an impressive form at home since the beginning of this season. They are having a 100% unbeaten record at home this season.

On the other side, Tenerife won just once in the previous four road trips. Anyways, we are not expecting a defeat for the visitors since Villarreal have recorded three draws in the past six home outings.

By the looks of things, Villarreal B have a good chance to end up sealing a win but the chances of a draw cannot be ruled out.

More than 50% of the games played by both these teams in this season had fewer than 2.5 goals ft. Since neither of these two sides own a strong offense, expect goals under 2.5.

Both teams to score option might not land in this fixture. Because Villarreal B had a clean sheet in the last two home matches. In addition, there has not been a single both teams scoring affair in the head to head meetings between these two.

Villarreal B vs Tenerife Prediction

Taking into account all these observations, we like to back the Draw no bet option in favor of the home side since they have been recording a stalemate often at Ciudad Deportiva.

As an alternative, we like to place both teams to score: No considering the decent defensive side of Villarreal B.

Villarreal B vs Tenerife Betting Tips