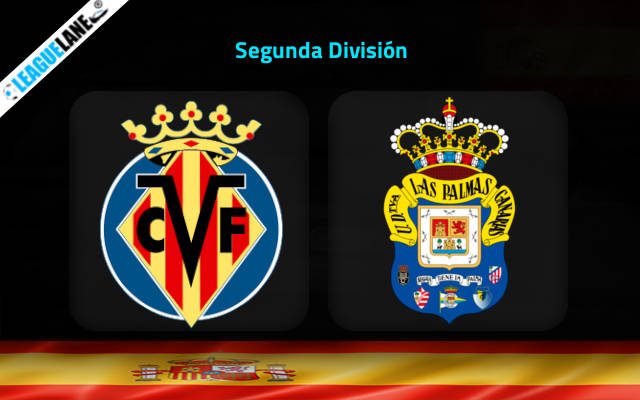 Las Palmas halted their push for promotion with the unexpected 1-2 home defeat to Albacete last weekend.

The team led by Garcia Pimienta fell to the second position in the Segunda Division table after taking no more than one point in the previous two league matches.

Although the bookies consider them favorites, Las Palmas will face a very difficult task on Saturday afternoon when they travel to Ciudad Deportiva del Villarreal to take on Villarreal’s youth team in the 21st round of Segunda Division.

Villarreal B will certainly enter the game in higher spirits after a streak of three subsequent games without a defeat.

They dispatched FC Cartagena 0-1 ten days ago on the road, before playing a 2-2 home draw to Tenerife last weekend.

Miguel Alvarez’s squad are yet to suffer a defeat on the home patch this season, going for five wins and draws apiece in the inaugural ten matches in their own backyard.

Villarreal B are well capable of scoring goals in front of their fans, having notched 16 in 10 outings at Ciudad Deportiva del Villarreal this season.

Las Palmas, on the other side, suffered a 1-2 defeat at home to Albacete last time out. Nevertheless, they still own one of the best defensive records in the division with only 12 goals allowed in 20 games so far in the season.

Also, Las Palmas allowed just one goal in the previous four away matches in the league.

Villarreal B vs Las Palmas Head-to-head

Villarreal B vs Las Palmas Prediction

Las Palmas have indeed been very tough to break down on travels this season but they allowed two goals in the home loss to Albacete last weekend.

We just have to try with the in-form side here and back Villarreal B to win & Over 2.5 goals FT bet at the massive 7.00 odds. We will also take the 3.10 odds offered for Diego Collado to score anytime for the hosts, following his goal in the last weekend’s draw to Tenerife.