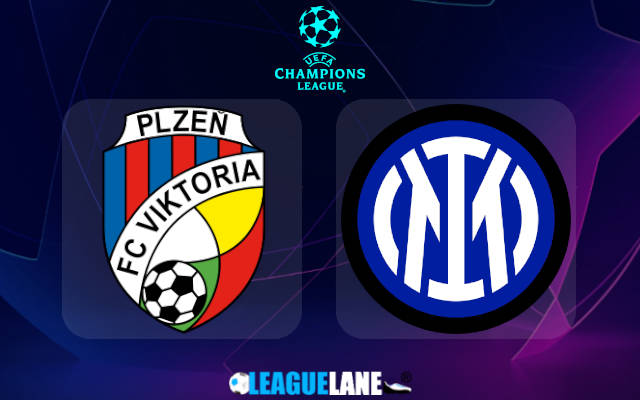 Viktoria Plzen is expected to give plenty of trouble to Inter Milan when the two teams lock horns on matchday 2 of the Champions League 2022-23 campaign.

The teams are meeting for the first time in a competitive fixture and the outcome is extremely important to decide their fate in this group of death that includes Barcelona and Bayern Munich on three points.

Inter Milan was unbeaten at home since March before the 2-0 defeat to Bayern last Tuesday. The narrow 1-0 win here against Torino on Saturday will bring some confidence back, especially with the result coming against one of the toughest defensive sides in the league.

However, the pressure is high on Simone Inzaghi to bag a win in this away fixture. Anything else might seal their exit from the competition depending on the result from Barcelona’s visit to Munich.

Meanwhile, the 5-1 drubbing handed by Barcelona is the first and only defeat for Plzen this season. They started their competitive campaign in July and managed to win 11 and drew 2 of the 14 played so far.

Despite doing well in the Czech top tier, nobody expects Vikoria to take anything from this group with the likes of Barcelona and Bayern firing from all cylinders.

Viktoria Plzen have netted in all except one competitive game this season. They average 2.0 goals per game after scoring 28 goals from 14 games across all competitions this season.

Their five home games this term saw over 2.5 goals. Overall 12 of their 14 games saw 3 or more goals with both teams scoring in nine.

Inter, whose form at the start of this campaign is hot and cold, saw over 2.5 goals with btts in their first five matches of the season. However the trend has reversed in the most recent two.

All three away games the Italians played so far registered over 2.5 & btts, though they were the losing side on two occasions.

Despite coming into this game as heavy underdogs, we believe Plzen got what it takes to trouble big teams while the game is played in front of their home fans. They have an excellent scoring form both home and away to go with, indicating a potential high scoring thriller at the Doosan Arena on Tuesday night.

We will back Inter Milan to win and however will be back this in combination with the btts considering the toughness of the Czech opposition.

Along with this, Lautaro Martinez can be backed to score anytime here. He is the main man upfront with Lukaku on the sidelines with a thigh injury.