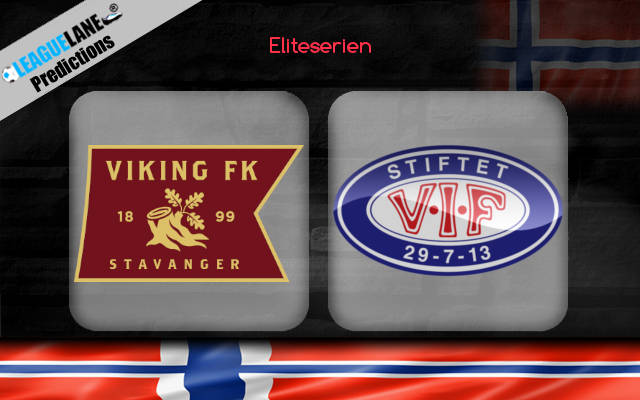 Both Valerenga and Viking had finished in the top tier the last season, and they have raced to the top of the table once more this time around. With in-form offenses on either side of the pitch, expect a goal-fest this Sunday.

Valerenga are going through a superb run on the road as of now, and are scoring goals at an incredible rate. Note that they have also scored goals in a consistent fashion in previous h2h encounters.

Meanwhile, Viking started their campaign on a dismal note. But they have made up for that with good performances in the following games.

One thing to be noted is their form at home. At this venue, the team has really delivered some great performances in the past few months. Moreover, they have also scored well in previous h2h games.

Likely, expect a high-scoring affair this Sunday between these two.

Viking have lost just once at home in the past eight months, and they had scored two or more goals in 10 of their preceding fourteen appearances.

On the other hand, their counterparts were unbeaten in 20 of their former 22 overall games, and they had scored two or more goals in nine of their last thirteen fixtures.

Note that they are on an unbeaten run on the road since September of 2020, and not once have they failed to find the back of the net in the process.

Taking into account these observations, and previous h2h stats – expect a high-scoring thriller.