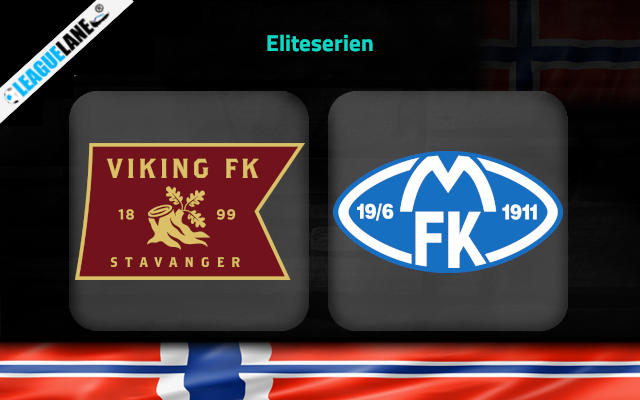 The league leaders are not planning to stop their journey to become Eliteserien champions anytime soon as we see them clinch another victory in their conquest to be Norwegian Champions.

The home side currently sit in 8th position as they look to steal points from the current league leaders whereas the away side are on the road to crumble another opponent on matchday 15 of the 2021-22 Eliteserien season.

When Viking and Molde meet at Viking Stadion, there will be firecrackers in the hearts of both fans. The Dark Blues have been improving of late, with victories over both Staal Jorpeland and Djerv 1919 in the Norwegian Cup.

On the other side of the coin, Molde are coming on the back of victories multiple victories including the likes of an entertaining 5-4 victory against Haugesund in the league, a 4-1 and a 2-1 victory against Spjelkavik and Hodd in the Norwegian Cup.

Consequently, Molde have been knocked out by Trabzonspor 3-4 on penalties after a 1-1 draw in the Europa Conference League and they will be looking to make amends against Vikings on Sunday night.

In the last 10 encounters between both these teams, in all competitions, Viking have secured 4 victories while Molde have the upper hand with 6 victories.

There have been no draws between both these sides in the last 10 matches when they have faced each other.

On an average, there are 3.8 goals being scored in almost every fixture that these two sides have played in.

There is no doubt that Molde will be clear favourites to seal yet another victory in this fixture. The Tornekrattet are going to set out all guns blazing to seal another victory away from home.