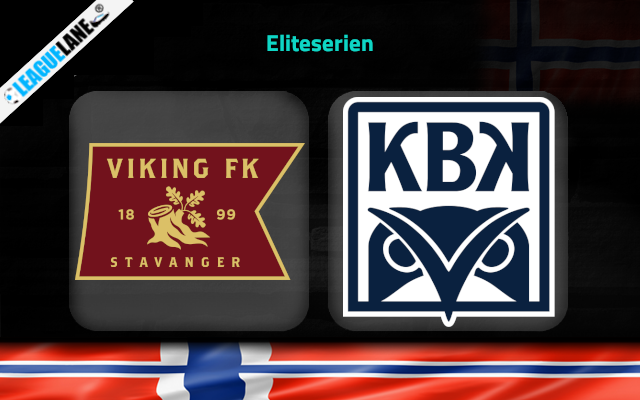 Viking had a decent start to this season. The occasions in which they tasted a defeat doesn’t affect their spirits as they have recorded unbeaten outcomes in every other fixtures to maintain their decent form. They occupies the third spot of the table after the completion of 15 league games.

Meanwhile, Kristiansund had a dreadful start to this season. Their so far run doesn’t possess anything impressive and as a result, they are pushed down to occupy the bottom spot of the table. They are yet to record a win and their slump is boosted by a worst offensive and defensive line-up.

The recent form of Viking doesn’t seem good for a team in the top three. Viking were following a streak of six winless games in the league before recording a 0-1 win on road against Lillestrom in their most recent outing. They should make that win count to secure their position.

Viking is having an average form at home lately. However, they are unbeaten in four of the past five league fixtures here. They will be desperate to record a motivating win here.

On the other side, Kristiansund recorded a 3-0 defeat on road against Valerenga in their most recent league fixture. It was their 11th consecutive winless recording this season. They will be hoping to seal a positive outcome to end up this winless slump they follows since the beginning of this season.

Kristiansund have lost each of their past seven league outings. Four of them were on road outings. In fact, they are yet to record an outcome other than a defeat while playing on travels this season.

Analyzing all the above stats, we are backing Viking to seal a comfortable win against this Kristiansund outfit when they both meet in an Eliteserien fixture on Sunday.