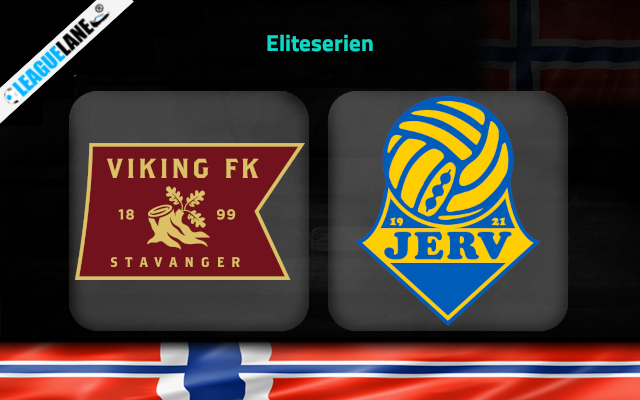 Viking had an impressive start to this season. They won five, drew one and lost one of their total 7 fixtures this campaign. Their positive run will be allowing them to have highest of spirits top enter the next league outing. With a total of 16 points, they occupies the top spot of the table at present.

Viking recorded a goalless draw at home against Stromsgodset in their most recent league fixture. With that draw,they are currently having an unbeaten streak for four games in the league. They will be hoping to make it five with a positive display.

Meanwhile, Jerv had an inconsistent start to this season. They won two, drew one and lost two of their 5 league fixtures so far. Their offensive and defensive line-up also looks weak. However, they will be hoping to better themselves from the coming fixture.

Jerv recorded a 1-1 draw at home against Tromso in their most recent league fixture. They are currently having a winless run for two games in the league.

Viking won three and drew one of their 4 league fixtures at home this season. Their unbeaten run might be fueling them to record more of those here. They have also succeeded in scoring goals in a good rate.

On the other side, Jerv lost each of their two league fixtures on road this season. They have also leaked goals in a worrying fashion on road.

When analyzing the above stats, we expect Viking to seal a win from this Eliteserien fixture against Jerv scheduled on Monday. We also back the BTTS option considering the high scoring head to head trend.