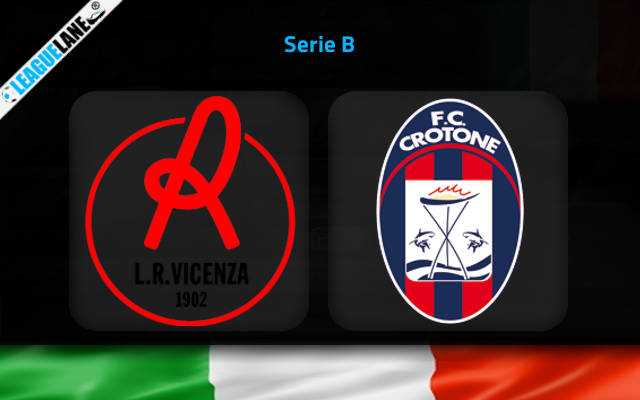 Vicenza has not played well in their matches this season. The team has lost in more matches than both their wins and draws combined. From the last ten matches, the team has got three wins, three draws and four losses. The team at the moment stands 17th on the league table with 24 points from their matches.

Vicenza played their last match against Brescia. Brescia scored two goals in the match and defended their side well, while Vicenza could score none. The match ended with 2-0 FT score.

Crotone, similarly has not had the best season so far. Most of their matches this season have ended in loss. From the last ten matches, the team has got only one wins, three draws and six losses. Crotone’s performance has put the team second on relegation zone with only twenty points from their matches.

The most recent match of Crotone ended in a loss. Their opponent Perugia scored the first goal of the match. However, Crotone equalised the scoreboard in the start of the second half from a penalty they were awarded. The match ended with 1-1 FT score.

Both Vicenza and Crotone have performed similarly in their matches recently. They have lost in more matches than both their wins and draws combined. Because of their similar performances, both teams are likely to score in the match.

Vicenza’s recent home matches have seen the team win three matches from the last five. Their last loss in the home match against Parma came after six unbeaten matches. Crotone, on the other hand, has not had a win in their away matches this season.

Even though both teams have performed similarly in their matches, Vicenza has the advantage of playing in their home ground, which puts them at front. So, I believe the match will end in a win for Vicenza.