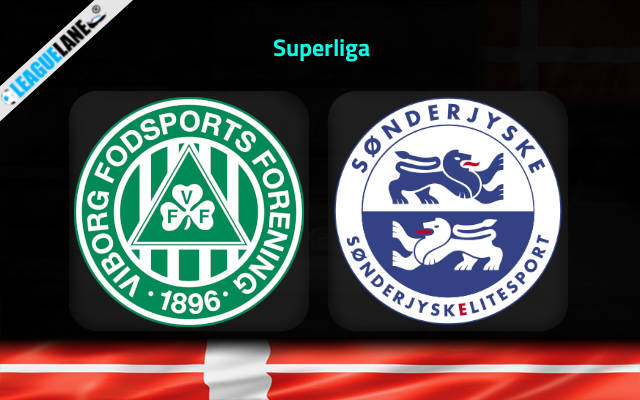 In the relegation group, Sonderjyske after drawing the last 3 games in a row, will take a roadtrip to Viborg who is in the last spot for Superliga (Europa League – Play Offs). Their clash will be seen at Energi Viborg Arena this Friday night.

Viborg is on a 2-game unbeaten run in the league and resides at the 7th spot. They have 27 points from 22 matches played. They drew the highest with 9 while winning only 6 games. The side is known for conceding often while also scoring the same.

Viborg will go into this match following a 1-1 stalemate against Aarhus. Under three goals per match were scored during 5 of the last 6 fixtures where they have been involved. With regard to the goal attribution during that period, their opponents scored a total of 7 while they managed a tally of 6.

Sonderjyske resides at the rock bottom closing the 12th position on the table with a mere 13 points. Of the 22 matches played, they won only twice in the league while drawing 7 times and losing on 13 other occasions. Their total goals to conceding ratio stands at 17:41which is the worst in Superliga, showcasing their dreadful lineup.

The visitors marked their third draw in a row against Randers, last week by 1-1. Their sloppy defense have seen conceding 11 goals in total while been scored against on all of their last 6 games. It has been before 13 games since Sonderjyske have last seen all 3 points.

Sonderjyske won none of their away fixtures this season, even though playing 11 games on road.

Meanwhile, Viborg won 4 times of their last 5 games played at home across all competitions. They also remain unbeaten in their last 5 h2h encounters.

Taking all these factors into account, we envisage a win for hosts or a draw happening this weekend. As 4 of their last 5 h2hs ended on a draw.