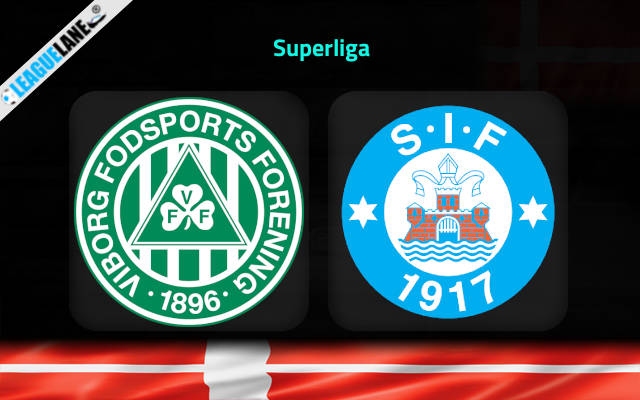 Viborg will lock horns with Silkeborg on the coming Sunday at Energi Viborg Arena. The greens had a better start this season when compared with their recording in the past. They started off with a positive display and extended it till the fourth one.

Anyways, Viborg is currently on the back of a 1-0 defeat against Nordsjaelland on the road in their most recent league fixture. The home advantage might boost them to gain back the positive momentum.

Meanwhile, Silkeborg had an impressive start to this season. They opened up with a set of unbeaten outcomes this season and will be expecting to extend it further. Their current run of four unbeaten games with three of them being positive, will be fueling them with some spirits.

We can see Viborg not having a dominant form against Silkeborg in the head to head meetings at this venue. Most of their clashes were having an ending being stalemate.

Apart from that, Viborg are seen playing a set of Europa Conference League qualification fixture here which have ended up in a positive outcome for them. Viborg is currently having a winning run when a couple of home wins from this Superliga season are added.

On the other side, Silkeborg is currently following an impressive form as mentioned above. They have won three and drew one of their four league fixtures so far this season.

Silkeborg recorded a motivating 1-3 win against Midtjylland in their most recent league fixture on the road. Following such a set of impressive recordings, we are expecting a win for Silkeborg when they meet Viborg this Sunday.