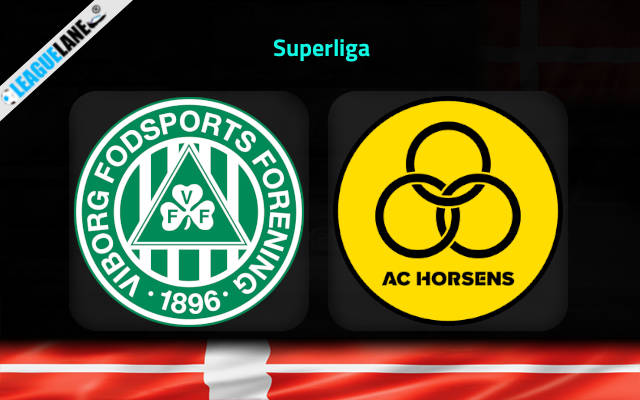 Viborg will be looking to make it three wins on the spin in Danish Superligaen on Monday evening when they are set to c lose the ninth round of the season with the home fixture against AC Horsens.

The team led by Jacob Friis climbed to the third place in the league ladder after a 1-2 victory away at OB last weekend.

Viborg showed fantastic team spirit eight days ago, finding two second-half goals to complete the comeback after conceding midway through the first half.

Jay Grot became Viborg’s top scorer this season taking his league tally to three goals with the equalizer in Odense.

AC Horsens, on the other side, have been playing hot and cold at the beginning of the season. They will go into this tie off the back of three defeats, one draw, and one win in the last five outings.

Jens Askou’s men did not look good at all last Sunday in a 0-2 home defeat to Brondby. Askou can by no means be satisfied with the team’s attacking displays in the latest matches.

AC Horsens failed to score in two of the last three games and they also registered no more than two shots on target in the mentioned defeat to Brondby last time out.

Viborg will enter this match in the highest of spirits after consecutive wins over Lyngby and OB. They have the momentum and the tradition in this matchup on their side and we can hardly argue against the home win pick at the 1.80 odds.

The braver punters can try their luck with Viborg to keep a clean sheet pick at the 2.50 odds, knowing that their counterparts have failed to score in two of their last three games in the league.