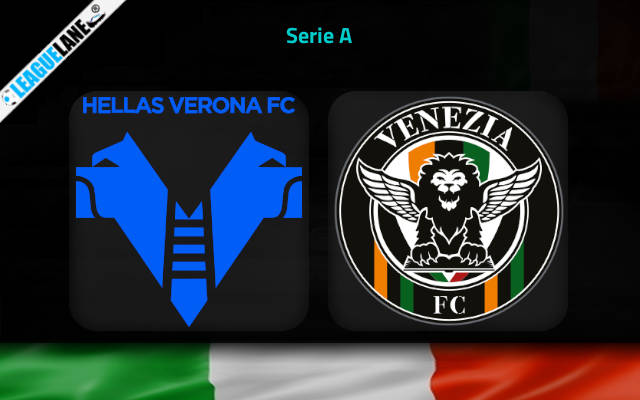 Verona came back from a three-goal deficit to beat Venezia 3-4 at the end of a sensational seven goal thriller in early-December last year.

The two outfits are set to lock horns once again in Gameweek No 27 on Sunday afternoon at Stadio Marc’Antonio Bentegodi.

The match has a much bigger importance for the visitors who are level on points with Cagliari right on the brink of the red zone of the Serie A standings at the moment.

Venezia will be hoping to stay unbeaten in the third straight league affair here, having claimed four out of six possible points from the previous two games against Torino and Genoa.

The team led by Paolo Zanetti generally boast one of the weakest attacking records in the division with only 23 goals scored in 25 games.

They will face hard times trying to get a result here against Verona, though. Verona have been one of the most pleasant surprises of the season so far.

The team led by Igor Tudor had the likes of Roma on the ropes last weekend when they dropped the two-goal advantage in what ended as a 2-2 stalemate at Stadio Olimpico.

Verona’s attacking prowess can best be recognized in the fact they’ve scored two or more goals in four of the last five matches in the league.

Verona are well capable of producing fireworks up front these days, especially after the bottom-half strugglers. The team led by Igor Tudor bagged six goals in the last two home wins over Bologna and Udinese and they also notched two goals in the away draw at Roma last weekend.

Since four of the last five head to head clashes saw goals at both ends, we really like the 3.20 odds offered for the Home Win & Both Teams To Score bet here.