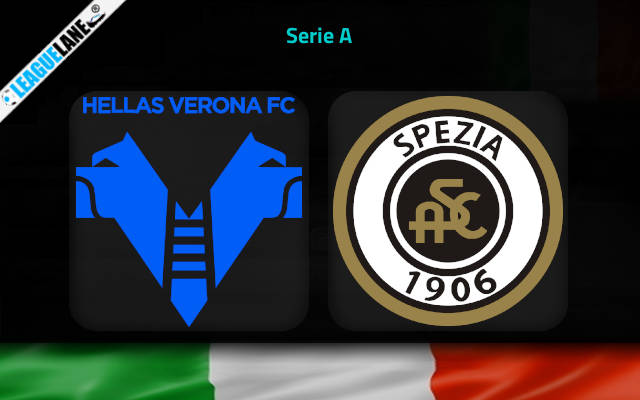 Stakes will be high on Sunday afternoon at Stadio Marc’Antonio Bentegodi as bottom-half strugglers Verona and Spezia take on each other in Matchday No 15.

Neither team can afford a defeat against the direct rivals for avoiding relegation. Verona are in a much tougher position, sitting at the very foot of the standings with only 5 points from the inaugural 13 rounds of the competition.

Verona will go into this off the back of eight consecutive league defeats. They boast the worst defensive record in Serie A with 26 goals conceded in 13 outings.

To make matters worse for them, Salvatore Bocchetti’s men had a tough home fixture against Juventus on Thursday evening, meaning they had fewer than three days to prepare themselves for such a big match against Spezia.

The visitors did not shine of late either but they at least managed to snap their losing streak by playing a 1-1 draw at home to Udinese on Tuesday evening.

It was one of the best displays in the entire season for Spezia who controlled the happenings on the pitch throughout the whole course of the game, firing 21 shots in total on the occasion.

We, however, have to mention that Spezia are by far the worst travelers in the league, having lost all seven away outings in this term of Serie A.

Verona allowed at least two goals in eight successive league outings. Spezia, however, lost all seven matches on the road this season in Serie A.

We expect both teams to play under a huge pressure which should result in an ugly game without too many clear-cut openings for either side. This is why we’ll go with Draw & Under 2.5 goals FT pick at the 4.33 odds, while you can also shoot for the goalless stalemate at the 11.00 odds.