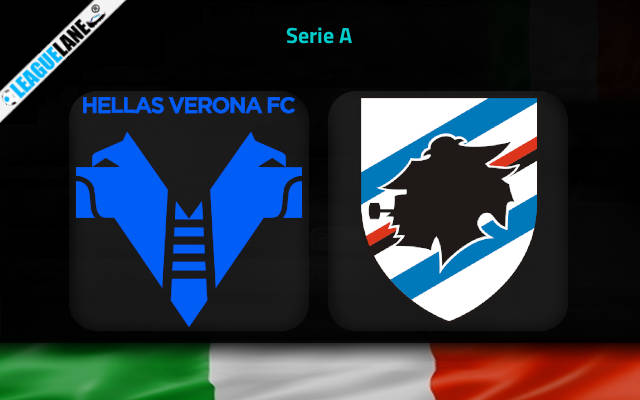 Both Verona and Sampdoria have had a totally worrying season so far in the Italian top flight. Despite the teams having taken part in four league games apiece, they have not been able to register a single win.

But at the same time, they have been letting in goals in huge numbers and as a result the two squads are under intense pressure.

Verona are placed 16th in a table of 20 and they have been able to post a total of just two points against their name so far. Do also note that they have let in goals at a rate of two per fixture till now in the competition.

And it is important to be noted that they have a 100-percentage losing record in front of their home crowd and in such games, they have let in goals at three per match.

On the other hand, Sampdoria are placed 17th in the table and they have a 100-percentage losing record away from home. It also needs to be noted that they had let in a total of four goals in their latest league game on the road.

And on top of all this, goals have come in plenty whenever these two teams have locked horns in the past.

Taking into account these observations expect a high-scoring thriller this Sunday.

Verona are on a five-game winless run and three of these were defeats. Do also note that they were winless in nine of their past eleven matches. Moreover, they are on a 3-game losing streak in front of their home crowd and they had let in four or more goals in two of these appearances.

On the other hand, Sampdoria are on a four-fixture winless run and they had remained so in 15 of their past 20 games as well. In the process they had also gone on two separate 3-match losing streaks.

Taking into account these observations expect a goal-fest this Sunday.

Tips for Verona vs Sampdoria