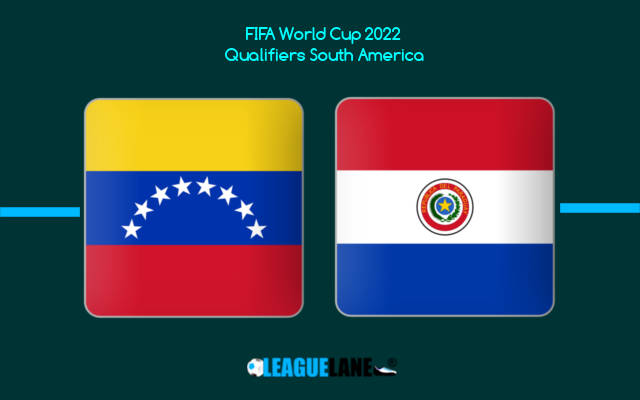 Both Venezuela and Paraguay have failed to accomplish their goals in the opening WC Qualifiers match last weekend, so this head to head encounter is a chance to make things right.

Also, both squads have failed to achieve some significant result in the qualifiers for quite some time now, failing to participate in Russia 2018. Winning one of the five tickets for 2022 would be a huge success.

In terms of the odds, hosts are warm favorites for the win currently priced at 2.50 rate, while chances for visitors to achieve the same are slightly lower at 3.10.

There were sixteen head to head matches played between Venezuela and Paraguay in the past. Stats are slightly going in favour of the visiting squad, 8-5 in terms of victories. Interestingly, matches on Venezuelan soil rarely end as draws – both sides have won three times.

The total number of goals scored in previous games is 43, which averages 2.68 per duel.

Five out of the last six encounters ended Under 2.5 FT goals.

Venezuelan fans had high hopes after series of great results last year where their team defeated Bolivia, Trinidad and Japan consecutively. First match in the qualifiers didn’t go well, losing to Colombia 3-0 in a game where they had zero control. Coach Jose Peseiro might make some changes for this upcoming match. The back line was a problem, conceding three goals in the first half.

As for their opponents, Paraguay were favorites at home against Peru but that match ended without a winner 2-2 FT. It was unfortunate for them to concede second goal in the 85th minute. Overall Angel Romero had a great day, scoring two goals. We are expecting an open duel in Merida this Tuesday, so backing Both teams to score at 1.95 seems like a good choice.