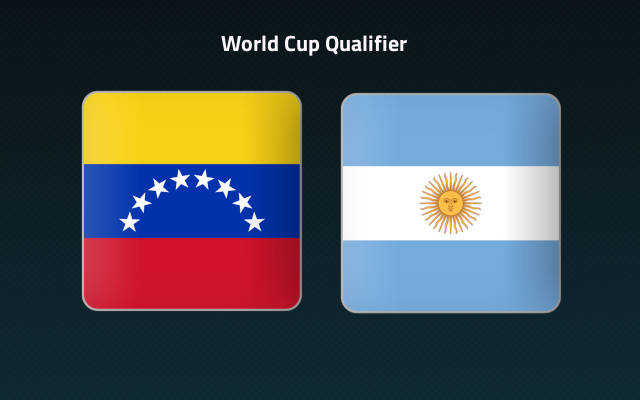 Argentina will be looking to boost up the confidence ahead of the South American derby against Brazil with a victory over continent’s minnows Venezuela on Thursday evening at Estadio Polideportivo de Pueblo Nuevo.

Argentina will have a nice opportunity to maintain their unbeaten run in the South American World Cup Qualification campaign on Thursday evening when they take on Venezuela.

Los Gauchos will enter the tie on the back of a huge victory over Brazil in this summer’s Copa America final.

It was the title Lionel Messi waited so long. The superstar had a busy summer, also making the move from Barcelona to PSG where he made debut by coming on from the bench in the weekend’s 0-2 victory over Reims.

The head coach Lionel Scaloni will practically have the full squad available here. Lionel Messi, Lautaro Martinez, and Angel Di Maria are all expected to make the starting lineup, meaning Venezuelan back line will be on a huge test on Thursday.

With a record of three wins and draws apiece in the opening six qualifying rounds, Argentina hold the second position in the standings as we are approaching the halfway mark of the qualifying campaign.

Venezuela, on the other side, sit second from bottom with just four points in six outings. They’ve scored no more than three goals in the process, fewer than any other team in the competition.

Venezuela are the only South American team to have never qualified for the World Cup Finals. They will hardly make it count this time around either. Jose Peseiro’s men lost three and drew three of the last six games in all competitions and they’ve finished their Copa America group at the rock bottom of the standings with two points from four matches.

Argentina come into this encouraged after claiming the Copa America silverware and we just can’t imagine any other scenario but a comprehensive away win here.