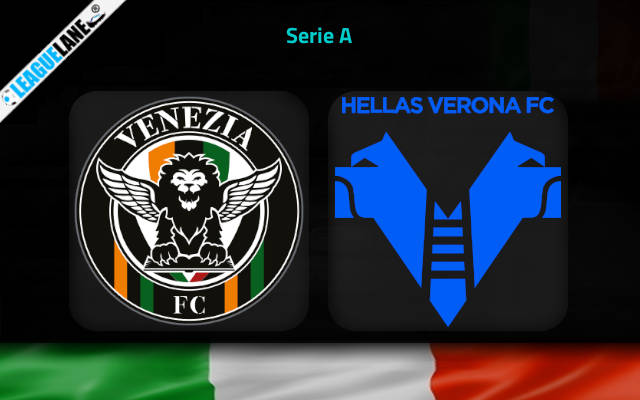 Venezia have the second-worst attack in the league, while Verona will go into this off the back of a goalless draw at home to Cagliari in mid-week. Knowing also that only two of the last eight head to head affairs between these two teams produced three or more goals, we have to go with the Under 2.5 goals FT as the main betting option here.

Hellas Verona are hoping to get back on winning ways on Sunday afternoon when they travel to Stadio Pierluigi Penzo to battle newly-promoted Venezia side in the 16th round of the Serie A.

The visitors took only a single point from the last two league outings against Sampdoria and Cagliari.

They failed to break the deadlock in a disappointing home draw to Cagliari on Tuesday evening. The team led by Igor Tudor currently hold the 10th position in the Serie A standings.

They are favorites here against Venezia who boast the second-worst attacking record in the competition with 12 goals scored in 15 league games.

The hosts will come into this off the back of a tough 4-0 defeat at Atalanta. Nevertheless, they did win two of the last four league fixtures on the home patch.

Knowing that Verona are winless in seven away outings this term (four draws and three defeats), we are not quite optimistic backing them at the 2.05 odds here.

Tips for Venezia vs Verona