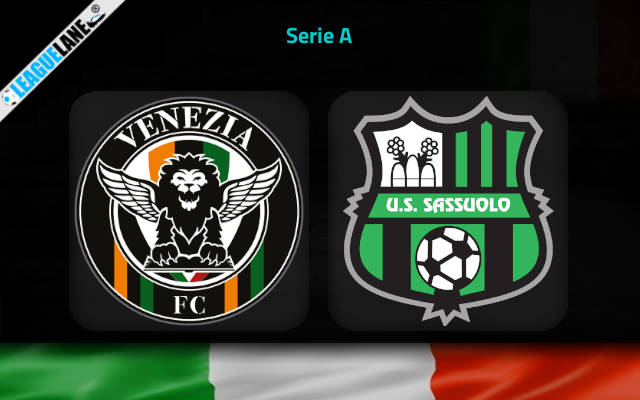 Venezia have kept their chances of surviving the drop to Serie B by keeping teams just above the relegation zone on their toes. However, they need to make up for the deficit by showing a bit more consistency, in a season where a point per game is likely to keep you up.

They were last seen in a trip to Verona, where Simeone’s hat trick separated both clubs, as the hosts won by a score line of 3-1. This marked the club’s third loss in five games.

Having managed four points through a win and a draw, the club is now 18th in the league, three points behind the 17th place team.

Sassuolo are delivering performances worthy of achieving yet another top half of the table finish. However, with a considerable amount of points separating them from the top six positions, a return to European competitions is not looking likely anytime soon.

In their most recent fixture at home, the club led for most of the game against Fiorentina; however, the visitors found the equaliser in the 88th minute only to concede the winner in the 94th to give their opponents all three points.

With seven points through their last five league games, the club is now 10th in the league, eight points behind eighth place Roma.

The away side have lost just once in their last seven league matches on the road. Whereas their opponents are winless in their preceding eight home fixtures. However, with Sassuolo’s affinity towards draws and slipping up against teams lower in the table, I have backed them with a draw no bet alternative.

The hosts have got themselves on the score sheet in home games, more often than not and have scored exactly once in four of their preceding six home league fixtures. Hence, I have backed to score exactly once.