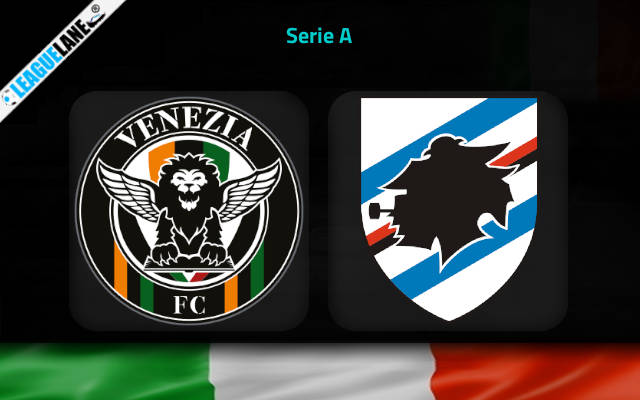 Venezia host Sampdoria in the first game of the day on Sunday morning at Stadio Pierluigi Penzo.

We have all reasons to consider it a relegation six-pointer at this phase since there are only four points between the two teams on the brink of the relegation zone.

Venezia are in the red zone at the moment, sitting third from bottom, three points behind Cagliari in 17th and four points below Sampdoria in 16th.

It is worth noting that Venezia have a game in hand on these two teams, meaning the gap could theoretically even be smaller.

Neither Venezia nor Sampdoria will come into this on a high, following their respective streaks of defeats in the last several weeks.

Venezia suffered their third successive loss on Monday night when they fell 1-0 away at Lazio. However, head coach Paolo Zanetti does have several positives to take form the match at Stadio Olimpico.

Venezia limited Champions League hopefuls Lazio to just one shot on target in the last fixture of the previous Serie A round.

They will try and back up this fine defensive showing on Sunday against Sampdoria who have also lost three on the spin in the last three Gameweeks.

The latest of the failures came last Saturday in the home fixture against Juventus (1-3. Marco Giampaolo’s men could have easily grabbed a better result on the occasion, but Antonio Candreva missed a penalty before Alvaro Morata notched Juve’s third goal on the evening.

We expect a huge tension on and off the pitch with stakes being sky-high ahead of the clash between the two relegation strugglers.

This is why we don’t believe the two outfits will offer a beautiful game of football as the Under 2.5 goals FT looks great at the 1.90 odds.