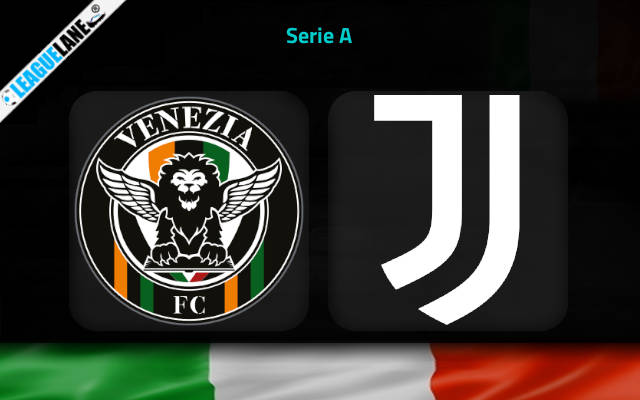 Venezia have conceded four goals in each of the last two defeats to Atalanta and Hellas Verona. Juventus, on the other side, can ill afford any more slip-ups, sitting currently 11 points below table-toppers AC Milan.

Juventus continue their tough Saturday/Wednesday rhythm this weekend when they travel to Stadio Pierluigi Penzo to battle Venezia in the 17th round of the Serie A.

I Bianconeri have been enjoying a strong spell of form lately and they do come into this tie as big favorites to get the job done.

Juventus managed back-to-back league wins, taking advantage of the clashes against the bottom two teams in the league.

Massimiliano Allegri’s men saw off both Salernitana and Genoa with an identical 2-0 scoreline.

They also had an easy job against Swedish champions Malmo FF in the mid-week’s UEFA Champions League tie.

The match against Venezia does provide the visitors a great chance to maintain the winning thread, especially if we take a look at Venezia’s recent displays.

The hosts have been on the wrong end of the biggest comeback in this Serie A term last weekend.

They had a three-goal advantage at the half time of the home fixture against Hellas Verona only to concede four goals after the break in what was a nightmare second half for Paolo Zanetti and his men.

It is worth noting that Venezia had a man sent off just after the hour-mark when the scoresheet showed 3-1.

It was the third consecutive defeat in the league for Venezia who will face hard times trying to bounce back against highly-motivated Juventus.

Tips for Venezia vs Juventus