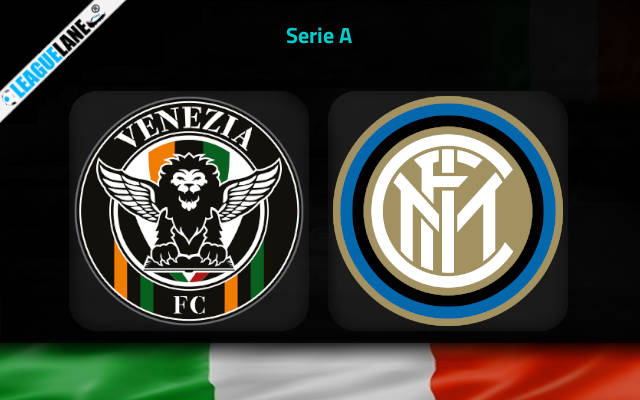 On top of the 3-2 victory over Napoli, Inter Milan were successful in mid-week’s Champions League affair, beating Shakhtar Donetsk 2-0 on Wednesday night in Milano. They won’t give up the battle for the title with ease, especially now after cutting the gap behind section leaders down to four points. The away win in a high-scoring contest is our main betting suggestion here.

It was Napoli’s maiden defeat of the season. With AC Milan’s loss at Fiorentina, Inter Milan are now within a four-point range of the joint-leaders (AC Milan and Napoli).

I Nerazzurri will be looking to back up the last weekend’s win on Saturday evening when they travel to Stadio Pierluigi Penzo to battle newly-promoted Venezia in Gameweek No 14.

While bookmakers consider the reigning Serie A champions clear favorites here, we have to mention that Venezia have taken seven out of possible nine points from the last three rounds.

The team led by Paolo Zanetti stunned Bologna 0-1 on the road last time out. They had previously beaten Roma 3-2 at home before the international break.

However, Zanetti’s troops will certainly face a very tough challenge maintaining a three-game unbeaten streak given Inter’s form has also been near the summit of late.

Tips for Venezia vs Inter Milan