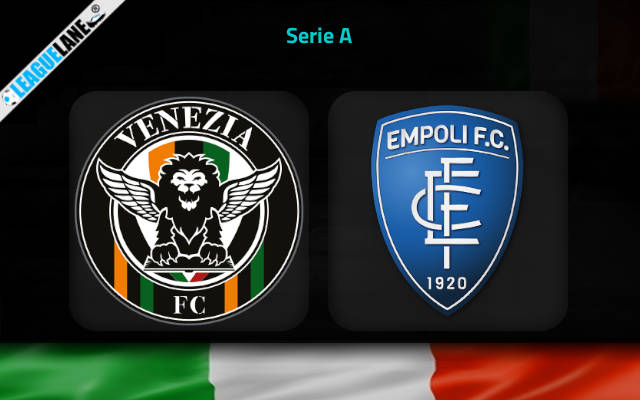 Venezia will head into the fixture winless in the league since November and are in desperate need of points to keep themselves from entering the relegation zone.

Empoli are in no great form either. However, they would be hungry for points as just a few points separate them from entering into one of the European spots.

Leoni ałati in their most recent league fixture was defeated by Atalanta away from home. This marked back to back losses for the club in league fixtures.

With just a couple of points in their previous seven league fixtures, the club now sits just outside of the relegation zone in 17th place, a point clear of the 18th place club.

Gli Azzurri in their most recent fixture were hammered by Sassuolo at home as the match ended with a score line of 1-5.

This was the club’s second defeat in three league fixtures. Having gained a point on average from their previous five league fixtures the team is now 11th in the Italian League eleven points clear of their opponents for this Sunday.

The Venetians are on a 5-match winless run in the league in which they have lost four games. In this kind of form, they are unlikely to take all three points this Sunday.

Their opponents on the other hand are undefeated in their last five fixtures on the road. However, with their tendency to draw a lot of games, I have backed a draw no bet alternative.

Just two of the hosts’ previous ten league fixtures and one of the visitor’s previous nine league fixtures have had a higher scoring first half. Consequently, I have backed the 2nd half to have more goals than the 1st.