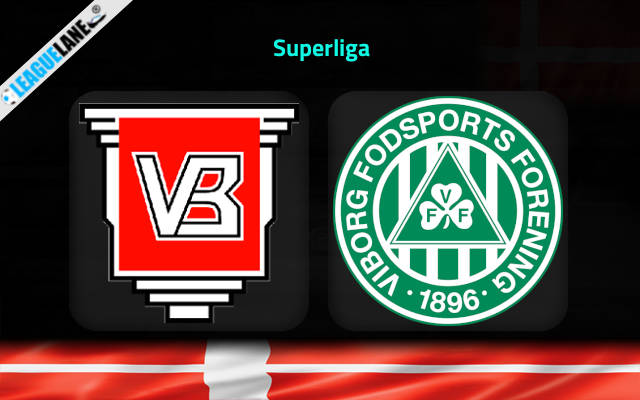 Vejle search for points to avoid relegation when they welcome Viborg for Tuesday’s Danish Superliga fixture.

The goal-less draw against AGF put Vejle on a two match unbeaten run, yet they are only four points above the foot of the league table and need some wins to avoid the evitable drop.

Home form remains good for Vejle as they are unbeaten in the last 5 with 4 wins and evidently held the title challengers Midtjylland to a 1-1 draw in the process.

Viborg are the top team in the relegation group and 30 points in the bag means that they are in a strong position to avoid the drop.

The visitors are on a strong run of form and unbeaten in three with 2 wins and a draw. The team can pack a punch while playing on the road as well as they were beaten just twice this season.

There were goals in the majority of matches played at the Vejle Stadion and this is why we are recommending the over 2.5 goals as the best bet for this Danish Super Liga fixture.

The full-time results can go either ways and therefore we are backing the hosts to avoid a defeat. That is double chance Vejle or draw priced at a decent 1.60 odd. Interestingly, Viborg has shared the spoils in half of their last 10 away games.