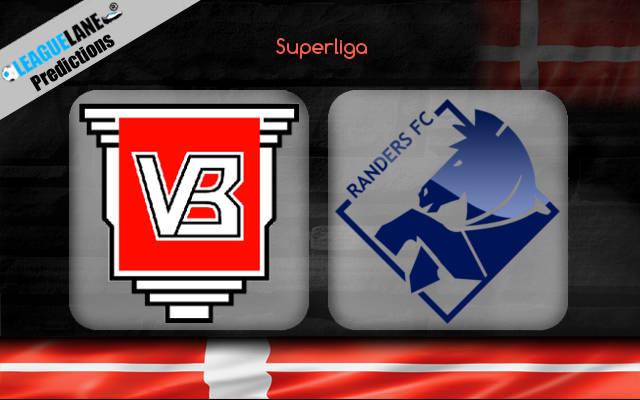 Vejle has topped the table in the Super League this season, just as they got promoted to the top tier. The host has picked up 13 points in 6 league appearances so far, with 4 wins and a draw in it. They will host on the back of a three-game winning streak, following a 1-3 win on the road against Aalborg last time out.

Randers couldn’t carry their win from the opening match this season. The guest has been winless for the past five clashes in the campaign, with four consecutive losses as of late. They will visit after a 1-2 loss at home against Sonderjyske in the previous league clash in the schedule.

Vejle is leading the Danish Superleague table as it stands, and that improves the morale of the promoted team players in the middle. The host has averaged 2.6 goals in the campaign until now but has conceded 10 goals in the 6 appearances in the schedule.

Another thing to note is that the Reds have had high-scoring affairs in all their clashes at home this term in the campaign. All three attempts at home have produced at least 4 goals in each. This assures a high-scoring affair, which is why the tip for over 2.5 goals will work perfectly from the goals area.

Being a promoted side is the only drawback for Vejle. However, Randers is not at their brightest form to take on the table-toppers in the campaign. They have lost their last two outings in the league, without even scoring a goal in ninety minutes.

Based on these stats, the host is likely to create more chances in the game. Hence, the double chance favoring Vejle Boldklub will probably be the best bet for the punters.