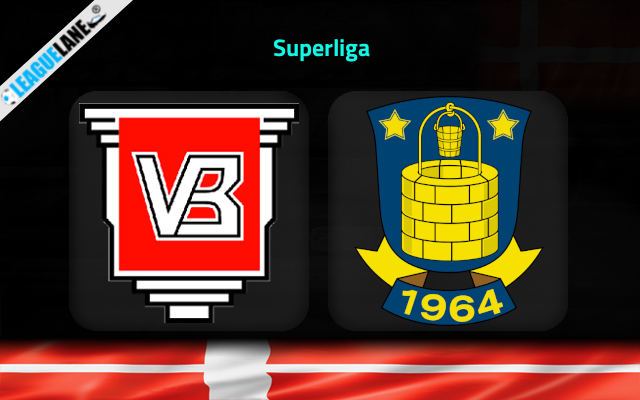 Brondby will be looking for their inaugural win of the season when they take on struggling Vejle in the 3rd round of Superliga.

Brondby began the title-defense quest with back-to-back 1-1 draws to AGF and Viborg. It is definitely a subpar start for the reigning champions considering the difference in budget between them and the counterparts they faced in the opening two rounds.

Speaking of the budget distinctions, Brondby will have a major advantage on Gameweek No 3 as well given they take on the likes of Vejle.

Vejle are one of the main candidates for the drop to the 1st Division football next season. They are yet to clinch their maiden points at the beginning of the 2021/22 campaign after losing both of their games to Randers and SonderjyskE respectively.

Moreover, Vejle are yet to score a goal this season. They are currently on a 0-3 goal difference. It is certainly not the kind of form you want to have going face to face with highly motivated defending champions.

Nevertheless, the clash against Brondby might just offer Vejle an opportunity to score their first goal of the campaign given how bad Niels Frederiksne’s men stood defensively in their inaugural two outings.

We won’t lie, we are indeed very tempted by the 2.10 odds offered for Brondby’s win here. The gulf in quality between these two likes is significant. However, we would at the same time not be surprised to see Vejle on the scoresheet here, knowing that Brondby shipped a goal in both of their opening two affairs.

The Away Win & Both Teams To Score pick thus makes sense at the sky-high 4.33 odds. The Over 2.5 goals FT pick is also super-exciting at the odds of 1.90.