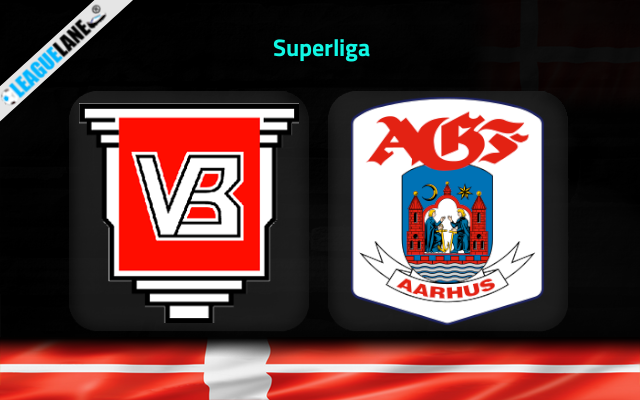 Vejle have been going through a disappointing form so far this season. Their poor form resulted in their positioning on the table. They are pushed down to occupy the 11th spot inside the relegation zone with a total of 23 points. There is nothing much to expect from them with three games left to complete.

However, their chances to evade relegation isn’t completely over. They are six points away from Aarhus who occupies the 10th spot, outside the relegation spot. As a coincidence, they faces Aarhus in their upcoming fixture, at the most crucial time with the aid of home advantage.

Meanwhile, Aarhus have a disappointing form in the league of late. They have recorded a set of winless displays in the league lately. As a result, their gap between the relegation zone is decreased. They desperately needs a win and most importantly the points which is bagged from a win.

Anyways, they can’t record a positive display with the form they possess currently. They have recorded a 1-1 draw at home against the bottom of the table Sonderjyske to wove a thread of 11 subsequent winless games in the league. Such a form will not be delivering enough of spirits to them.

Vejle possess a decent form at home of late. They are unbeaten in 8 of the past 10 home affairs across all competitions. In league fixtures, they have only lost once in the past 8.

On the other side, Aarhus are having a winless streak for five games on road. They have been leaking goals at a good rate too.

When analyzing all the above stats, we expect Vejle to seal a win against Aarhus when they both meet in a Superliga fixture on Thrusday.