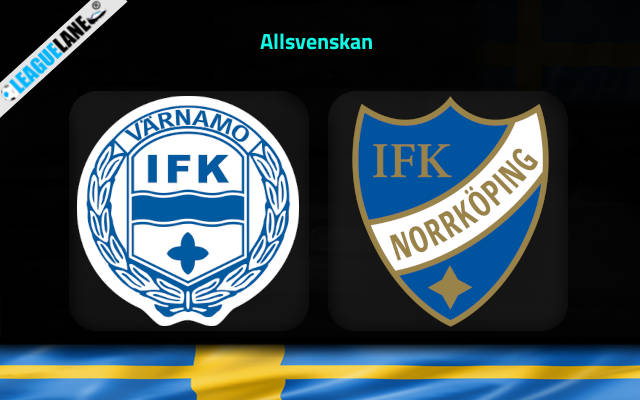 There is no denying that Varnamo are making a late run to remain in the top ten of the table. This Monday they will face Norrkoping at Finnvedsvallen on Matchday 28. Both teams are separated by three points ahead of this fixture.

The host remains ninth in the league with three wins in their last five matches. Most recently they defeated GIF Sundsvall by 2-0. This is their ninth victory of the season.

It is interesting to note that both teams have the same form in their last four matches respectively. Also, the host have a goal difference of -10 this late into the season.

Most recently, the team led by Glen Riddersholm handed Helsingborg their fifth consecutive defeat. Apart from their 2-0 defeat against Sirius the visitors maintain a good form this month.

The visitors have lost nearly 40% of their matches in this campaign. This season they will most likely finish at the eleventh position. Do note that last year as well the team struggled to win the last few matches.

Moreover, even if the host manage to secure a win in this game, it is not going to make any difference in their table ranking.

Manager Glen Riddersholm is keeping consistency in his team selection as the team’s playing formation remains the same since the beginning of this month. The plan is not to lose any further points with just three games remaining for the season to conclude.

Our prediction is that The number of goals in this match will be between 2-3 – the odd for this tip will be at 2.00. This is after considering that both teams have played only two matches in the last three years. The number of goals always remained in the range of 2-3 goals.

Our next tip for this game is that Norrkoping will win this game- the odd for this tip will be at 2.62. The visitors are on a two-game winning streak against this team.