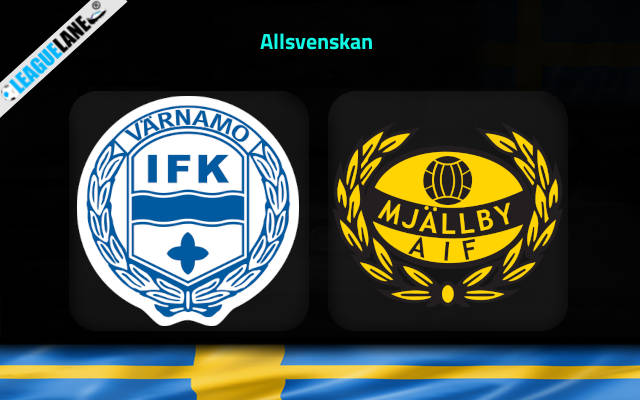 Manager Andreas Brännström is concerned as their league rivals Varnamo are catching up in this late phase of the season. They will both play against each other at Finnvedsvallen for Matchday 24 of the Allsvenskan.

The home side have proven their critics wrong. As they are currently on a three-game winning streak. In their most recent outing, they defeated Varbergs BoIS by 1-0. In that game, Marcus Antonsson scored the winning goal in the 87th minute of the game.

The team currently occupies the tenth spot on the table. The month of September was very decisive for Kim Hellberg’s team, as they won all of their Allsvenskan fixtures.

Meanwhile, the visitors are on a three-game winless streak. In their last league outing, they snatched a point against GIF Sundsvall. The game ended in a 1-1 scoreline. It was Carlos Gracia who scored the equaliser in the last minute of the game.

Do also note that Noah Eile will be available for selection in this crucial fixture. He was shown a red card in the game against Degerfors.

Moreover, the home side are conceding goals at the rate of 1.61 goals per game. This is something manager Kim Hellberg will be concerned about for this upcoming fixture.

Do also note that the visitors have not won a single league fixture in the month of September.

Our prediction is that Varnamo will win – at 2.70 odd. This is after considering that the host have won two of the three five head-to-head matches at home.

Our second tip for this game is that Marcus Antonsson to score anytime – at 3.10 odd. He is on a three-game goal-scoring streak. Moreover, he scored a hat trick against Helsingborg at the beginning of September.