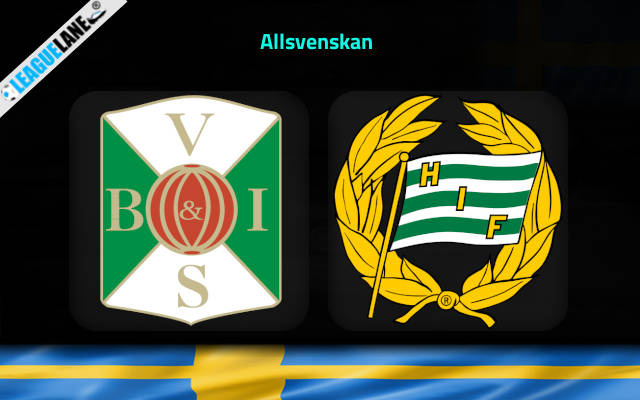 Hammarby have a game in hand and still they need a surplus of just one point to climb level with the 3rd placed team. It also deserves to be mentioned that they have let in the least number of goals of all the teams in the competition as of now.

Going on, they need a surplus of 4 points to climb to the top of the table and it gives them confidence that the first-placed team are taking on the second-placed squad this match-day in the Allsvenskan.

One of the two will surely drop points, and this is an opportunity that just cannot be let go easily.

Meanwhile, Varbergs have managed to win a total of just 4 times all through the campaign and they have also won just once in the past 5 match days.

Only one other team has scored fewer goals than them and most importantly they have a poor head-to-head record against this opponent over the years.

For these reasons, expect a win for Hammarby this Monday.

Varbergs were winless in 10 of their past 12 overall fixtures and they had scored 3 or more goals in 3 of their past 6 matches. Do also note that they have won a total of just twice at this venue in the past 3 months.

On the other hand, Hammarby were unbeaten in 31 of their past 37 overall fixtures and in the process they had gone on two separate 5-game winning streaks and 2 separate 4-match winning stretches.

Taking into account these observations, expect a victory for Hammarby this Monday.

Tips for Varbergs vs Hammarby