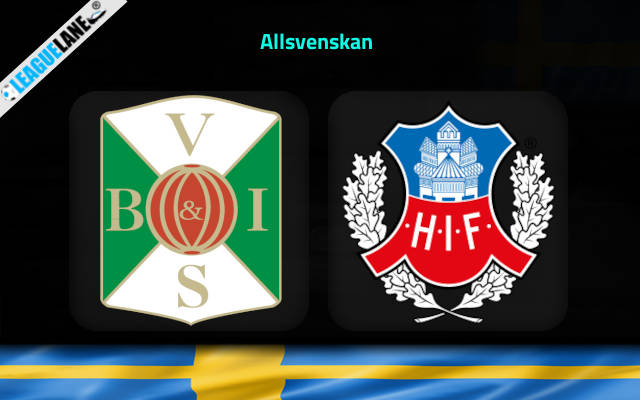 Matchday 14 of Allsvenskan is starting this week as Varberg play host to the table bottomed Helsingborg, where both these sides differ by 8 points and 3 places. These two sides will be seen locking horns at Varberg Energi Arena, this Monday.

Varberg is at the 12th spot on the standing with 14 points from 13 games. They won 4 times in the league while drawing twice and have lost on 7 other occasions. The hosts has not able to net in 6 games this season and that accounts to 46% of the games where they have not been able to find crucial goals.

The hosts come into this on the back of a 0-3 hammering defeat at the hands of reigning champions Malmo, last weekend. Matches featuring Varberg have proved to be entertaining encounters of late with a lot of goalmouth action being a common characteristic.

On the other hand, Helsingborg resides at the rock bottom closing the 16th position on the table with a mere 6 points. Of the 14 matches played, they won only once in the league while drawn 3 times and have lost on 10 other occasions. After following promotion last season they had a hard time finding success here.

Following on from a 0-2 losing effort in their last game against Djurgarden in Allsvenskan competition, Helsingborgs will hope to get a better result this time. They have been good when going forward of late, scoring 5 times in their previous 6 matches.

Varberg are undefeated in their previous 2 home league matches. It’s possible we will see a couple of goals here, with the last 8 games for them ended with 2 goals or more being scored.

Meanwhile, Helsingborg lost 4 of their last 6 matches in all competitions. Also, 4 out of the last 5 meetings between these two clubs have produced over 2.5 goals. So a high scoring encounter is expected.

We therefore feel that Varberg should return to winning ways with a victory here, especially with home advantage.