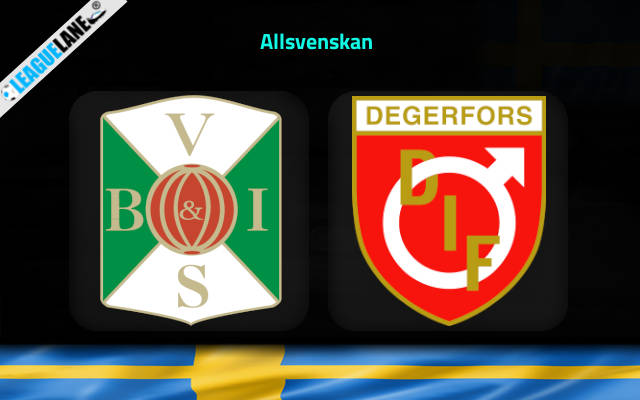 Varberg seems to be in a bit of trouble with their form in the recent matches. The team had started the season well with two wins in the first three matches. However, their form dropped, resulting with the team going winless in the last five matches. The team has failed to score over 1.5 goals in the last five matches as well. Currently, the team stands twelfth on the league table, with eight points from their matches.

Varberg played their last match against Goteborg. Both teams scored one goal each, ending the match in a draw with 1-1 FT score.

Degerfors played their last match against Helsingborg. Degerfors scored two goals in the match while Helsingborg could score only one, ending the match in a win for Degerfors with 2-1 FT score.

Degerfors have shown an improvement in their form in the recent matches. After consecutive losses in their first six matches, the team is now in a win-streak. Varberg, on the other hand, has not had a win in the last five matches. With their current form, the team will have a tough time securing win in the match.

Varberg has played four home matches so far, in which they got one win, one draw and two losses. From the four home matches, the team has scored in only one. Degerfors have played four road trips. The team lost in the first three away matches and have secured the win in the last one.

Varberg has drawn in two of the last five matches while Degerfors have won in their last two matches. So, I believe the match will end in a win for Degerfors or in a draw. Both teams have scored in most of their recent matches and can be expected to score in this match as well.