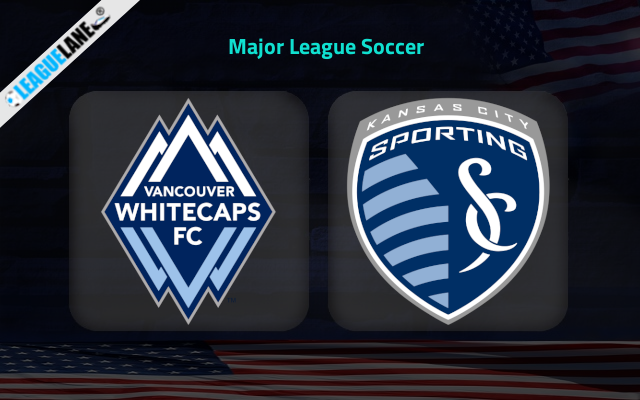 Vancouver Whitecaps had a disappointing start to this season. They are yet to record a win and will be hoping for one when they enter their fifth fixture of this season. They sits at the bottom of the table with the possession of a weak offensive and defensive lineup.

Vancouver recorded a 3-1 defeat against Los Angeles on road in their most recent league fixture. It was their fourth consecutive winless game. They will be desperate to add a win to their name which skipped every times since the opening fixture this fresh campaign.

Meanwhile, Sporting KC are following a fluctuating form. They seems like non-reliable when it comes to the recording of positive displays. Out of five games played so far, they won two and lost three. They too have a weak offensive and defensive lineup when looking at their goal stats recorded since the beginning of this fresh season.

Sporting KC won 1-0 against Real salt Lake at home in their most recent fixture. They will be expecting to make that win count for gaining consistency to find a spot inside the safe zone on the table.

By the looks of things, we expect a highly competitive affair between these two outfits at BC Place on Sunday when they meet in an MLS fixture. We see the chances of a stalemate when analyzing their recent stats.

After analyzing the head to head stats, we are reckon to think that both these outfits might end up in a draw when the referee blows the final.

Sporting KC’s all three defeats this season were recorded on road. On the other side, Vancouver’s current slump affected their only home match too. It was ended up in a disappointing goalless draw.

Therefore, we back a both teams scoring stalemate for this MLS fixture scheduled on Sunday.