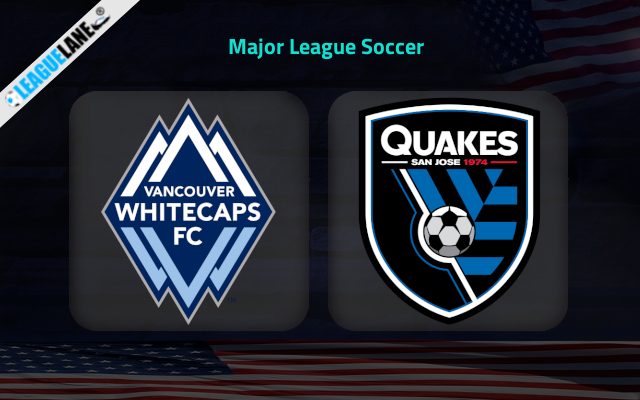 Vancouver Whitecaps had a disappointing start to this season. They won two, drew one and lost six of their 9 league fixtures so far this season. The often recording of a negative display affected their position on the table. With a total of 7 points, they are at the bottom of the table.

Whitecaps recorded a 1-0 win at home against Toronto FC in their most recent league fixture. They were on the back of four subsequent losing games in the league before recording the above win. With the aid of home advantage, they will be hoping to make that win count here.

Meanwhile, SJ Earthquakes were having a winless form before recording their first positive display of this season couple of games ago. They are currently having a better shape in the league and their current run have allowed them to climb up to occupy the 11th spot of the table.

San Jose recorded a 1-0 win at home against Colorado Rapids in their most recent league fixture. It was their third unbeaten recordings in the past 5 league fixtures.

The home form of Whitecaps are so impressive considering their current position on the table. They are unbeaten in three of their total four league fixtures played at home this season.

On the other side, San Jose lost each of their four on road fixtures this season. They have leaked two or more goals in three of those four negative displays too.

When analyzing the above stats, we are left to back Vancouver Whitecaps to seal a win against this SJ Earthquakes outfits who have lost all their on road fixtures this season.