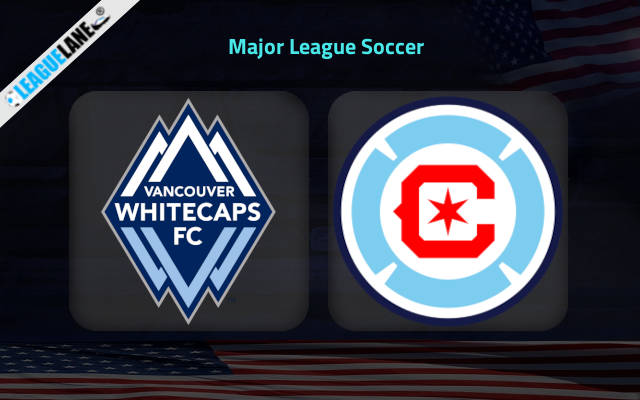 Gameweek 22 of Major League Soccer will be starting this week as Vancouver Whitecaps from Western Conference play host to Chicago Fire from the Eastern side. Both these sides are in the and will be seen battling it out at BC Place, this Sunday.

Chicago Fire is at the 12th spot with 23 points from 21 games. They won 6 times in the league while having drawn on 5 and have lost on 10 other occasions. The visitors have fired blanks in 8 games this season and that’s 38% of games where they have not been able to find the back of the net.

The visitors come into this clash after a 1-0 MLS win over Seattle Sounders FC in their previous outing. During their 6 previous matches, Ezra Hendrickson’s men have seen their goal attempts be successful 7 times, earning them the goals scored per game average of 1.17.

On the other hand, Vancouver Whitecaps resides at the 10th position on the table with 26 points. Of the 21 matches played, they won 7 times in the league while having drawn 5 times and have lost on 9 other occasions. While they have put themselves back into playoff contention, the injuries are beginning to pile up for this team.

The hosts enter this match following on from a 1-1 league draw against Portland Timbers. In their previous 6 games, Vanni Sartini’s men have scored 7 times thereby gaining an average number of goals per match equal to 1.17.

Vancouver Whitecaps have not been beaten in 19 of their 22 most recent home matches in Major League Soccer. It’s likely that they will score today, as they have netted in the last 4 games coming into this one and have scored 5 goals in the last five games.

Meanwhile, Chicago Fire won just once from their last 10 h2h meet-ups with this opposition. They even come here on the back of 4 straight away league losses in MLS. In their last 27 away games, the visitors have a poor record of just 3 wins so far.