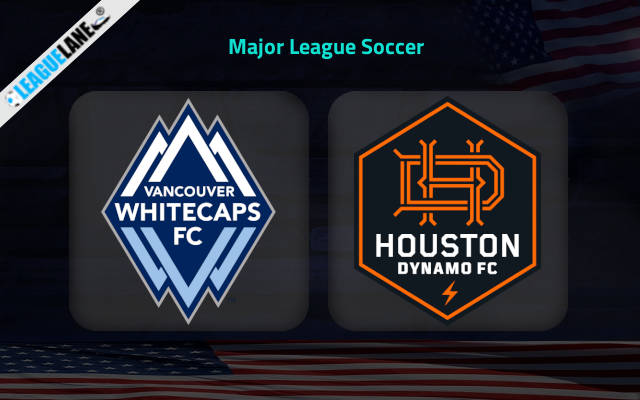 Vancouver Whitecaps escaped the very foot of the Western Conference standings with a comeback win over LA Galaxy at the weekend. Can they make it back-to-back MLS wins on Tuesday evening when they face fellow strugglers Houston Dynamo?

Before the weekend’s clash against LA Galaxy, Vancouver Whitecaps were the most out-of-form team in the entire league. They’ve taken no more than two points in the previous eight league affairs, shipping at least two goals in seven consecutive matches along the way.

It all pointed towards another failure on Saturday evening when the Caps had a deficit at the half time of the clash against LA Galaxy. Nonetheless, they found a way to turn things around in the second half on the back of Colombian duo Deiber Caicedo and Cristian Dajome.

The Whitecaps are now one point above the last-placed Dallas, but they are also only three points shy of the 9th-placed Houston Dynamo.

A win here would move the “nominal hosts” lock on points with Houston, bringing them thus straight into the battle for the playoffs spots. The visitors suffered their first defeat in five games two weeks ago when they fell 2-0 away at Seattle Sounders.

However, the number of losses is not Houston’s main problem. It is the lack of wins. They are winless in six subsequent MLS outings going into this tie against Vancouver.

They drew in four of the last five league matches, failing to keep a clean sheet in any of the last eight clashes.

Looking at both teams’ defensive record in this term of MLS, we can’t quite imagine a low-scoring game here either. Neither of two sides has been quite capable of keeping things quiet at the back this season.

The Over 2.5 goals FT& Both Teams To Score is thus a well-worth-backing tip at the attractive 1.95 odds. Since Vancouver conceded two or more goals in seven of the last eight MLS games, we will alternatively back Houston Dynamo to score two or more goals on the evening at the 2.20 odds.