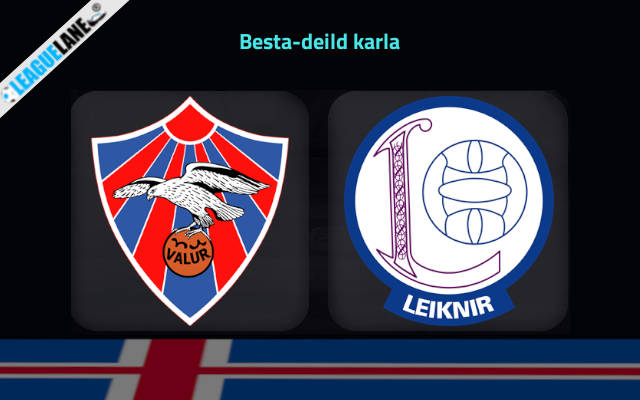 Gameweek 10 of Besta deild karlais set for this Tuesday as Valur who is in the Championship Group play host to the relegation fighting Leiknir. These two teams will be seen clashing at Hlídarendi.

Valur is at the 5th spot on the standing with 16 points from 9 games. They won 5 times in the league while drew once and lost on 3 other occasions. The hosts remain second last in the Championship Group an they have recently ended their 4-game losing streak across various competitions.

The hosts finally ended a win for 4 successive defeats, three of which were in the league, when they beat table-topping Breidablik by 3-2 in the previous fixture. Three or more goals per game have been seen in 5 of the last 6 fixtures where Valur have played. They have bagged a tally of 12 from those.

On the other hand, Leiknir resides at the second last position on the table with just 4 points. Of the 9 matches played, they won no games so far while drawing on 4 and losing on 5 other occasions. Their struggles at the defensive end of the pitch has also been another key factor as they have conceded 15 goals so far while netting only 6

In their last fixture, Leiknir drew 2-2 in the league match with Hafnarfjordur. They are currently enduring a tough campaign so far, unable to pick up a win even after playing 9 games. The visitors have been scored against in 5 of their last 6 matches, seeing opposing sides hit 10 goals overall.

Valur is the second best home team in the league so far, winning 4 of the 5 games played in home soil and losing only once. Over 75% of their point contribution came from their home results.

Meanwhile, Leiknir have not tasted success in the Besta deild karla since the last of August. They now come here on the back of a 10-game winless run across various venues.

Considering their previous h2h stats and current form, we feel that a home win seems likely this Tuesday.