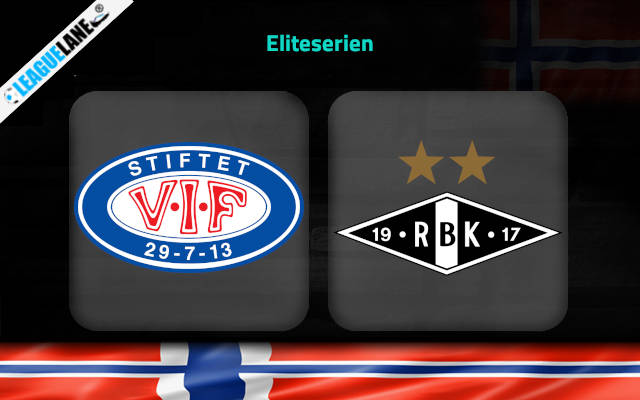 Round 9 of Norway Eliteserien will kick-start this week as the mid-side Rosenborg, play host to Valerenga who are on back to back league losses. These two sides will cross swords at Intility Arena this Sunday.

Rosenborg is at the 7th spot on the standing with 11 points from 8 games. They won 2 times in the league while having drawn on 5 and lost on one other occasion. The visitors have seen netting frequently but they tend to concede more of the same which hints that some defensive adjustments is needed.

In their previous fixture, Rosenborg drew 3-3 in the Eliteserien match with Haugesund. In the course of their 6 most recent matches, Kjetil Rekdal’s men
have seen bagging a total of 8 times therefore giving them a goals scored per game average of 1.33.

On the other hand, Valerenga resides at the 10th position on the table with 10 points. Of the 9 matches played, they won 3 times while having drawn on once and lost on 5 other occasions. They have been going down recently with the side registering 3 losses from the last 4 fixtures itself.

The hosts will be wanting a better result here after a 2-0 league defeat in their last game at the hands of Lillestrom. Valerenga has failed to prevent opponents from scoring in 5 of their previous 6 games, shipping 8 goals during that time.

Valerenga became impressive at home recently, with the side currently unbeaten in 16 home league matches. But they have not emerged victorious against this visitors in their previous 2 league games.

Four out of their last 5 league games have ended on ties and we think a draw no bet on Valerenga seems a sensible choice here.