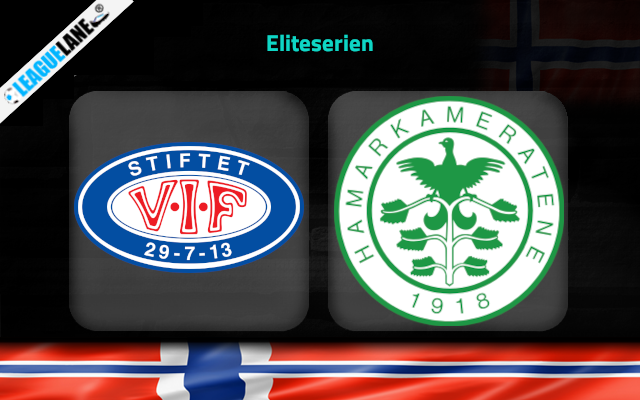 Valerenga had a decent start to this season. They won three and lost three of their 6 league fixtures so far this Campaign. The frequent recording of a negative display in the beginning itself might be worrying them. Hence, they will be hoping to gain some positive momentum.

Valerenga recorded a 1-0 defeat on road against Tromso in their most recent league fixture. They were on the back of two subsequent victories in the league before recording the above defeat. Therefore, they will be hoping to return back to the winning ways.

Meanwhile, Ham-Kam had an inconsistent start to this season. They won one, drew three and lost one of their five league fixtures so far. The winless run at the beginning itself pushed them down to the 11th spot of the table. They will be hoping to find a better position by bagging some points.

Ham-Kam recorded a disappointing goalless draw at home against Aalesund in their most recent league fixture. It was their fourth winless recording in the past five league fixture. They will be hoping for a better display from the upcoming league outings.

Valerenga won each of their two home fixtures this season. Such a start will only boost them to seal more of those. Also, they are unbeaten against Ham-Kam in the history of this head to head match-up at this venue. The safe zone form of Valerenga is more than enough to back them.

On the other side, Ham-Kam drew one and lost one of their two league fixtures on road this season. Their winless start doesn’t offer anything impressive.

By the looks of things, we are in favor of Valerenga to seal a win from this fixture when the referee blows the final.