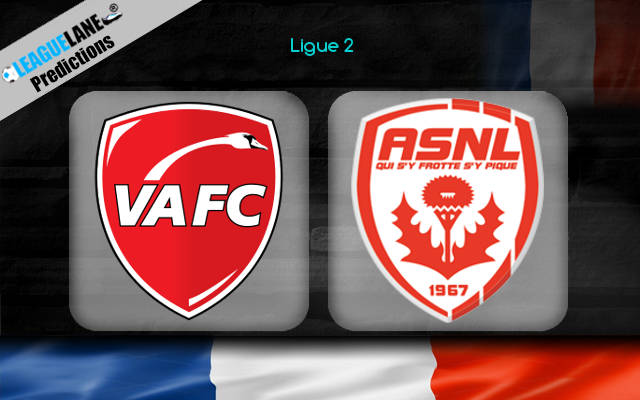 In game week 22 of Ligue 2, Valenciennes faces Nancy for their next match on Tuesday at Valenciennes.

Nancy faced a loss in their last match against Toulouse. Toulouse scored four goals in the match while defending their post well from the opposition. The match ended with 4-0 FT score.

Both Valenciennes and Nancy are at the risk of getting relegated if they keep up with their performance. Valenciennes is in the 18th position on the league table with 22 points from 20 matches. The team having wins in their matches occasionally has affected their standings and team morale. From the last ten matches, the team has scored in seven of the matches but could find wins in only two of them.

Nancy has exhibited poor performance in their matches this season. Similar to Valenciennes, having wins infrequently has affected the standings of the team in the league. The team is dead last on the league table with only 15 points from 20 matches. From the last ten matches, the team has only scored in five of the matches and has only three wins to show in the matches as well.

Both teams have performed poorly in their matches this season. Even in their home matches, Valenciennes have not been in best form. In their home matches, the team has only won in two of them. The team has not won in four of their matches and has scored under 1.5 goals only. Nancy has a loss streak going on in the last three of their away matches and has only one win in the matches as well. They will look to end the loss streak but will have a tough time in the match.

When the teams in relegation zone Valenciennes and Nancy face each other, the match will probably end in a win for Valenciennes or in a draw. The match is also more likely to end with under 2.5 goals because both teams have not scored over 1.5 goals in most of the recent matches.