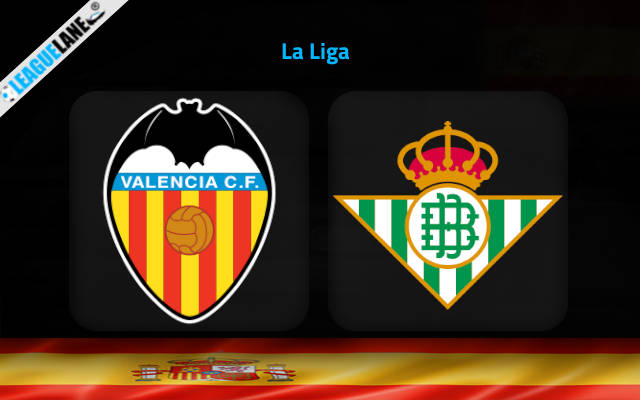 Contrary to earlier seasons, Valencia have been one of the weakest teams in the Spanish topflight this time around. They are on a long winless run, and are letting in goals in huge numbers.

With just a handful of games remaining in the competition, not even hardcore fans believe that they have a shot to qualify for one of the European competitions next season.

They have let in goals in huge numbers all through the campaign and even so in most of their home appearances.

However, Betis simply have been one of the best in the La Liga in 2021-22, and it is only deserved that they are placed fifth in the table as of now. But after all their hard work, they will not be satisfied with a ticket to the Europa League.

The team is looking for an entry into the Champions league, and in order to do that they need to go after a top four finish.

However they are placed fifth in the table as of now, trailing 3 points below former champions Atletico Madrid. it goes without saying that this is quite a daunting task, but considering their recent form, they will be up for the challenge.

Moreover, Atletico Madrid take on Real Madrid next in the league and chances are high for Diego Simeone’s men to drop points.

Count on Betis to make the most of this scenario, and register a confidence-boosting win. This supposed three points will also help them in staying alive in the hunt for a top four finish.

Valencia were held to a 0-0 draw at home by Athletic Bilbao, and they are also on a 7-game winless streak. Do note that they had lost three of their past five matches too.

On the other hand, Betis are in the run for a ticket to the Champions league, and of their total two losses in the last two months, one had come against Barcelona.

It also needs to be noted that they were unbeaten in 14 of their previous 15 road trips, and in the process they had even gone on a five-game winning Streak.

Taking into account these observations, expect a win for Betis.

Tips for Valencia vs Real Betis