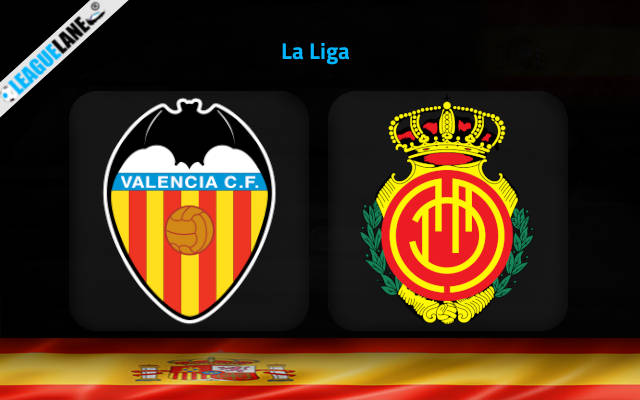 Valencia are currently one of the most consistent teams in the Spanish top flight. They are on a long stretch of unbeaten games, and are also scoring in plenty. At the same time, Mallorca are one of the weakest of the lot, and they are struggling with their defense.

They are placed 15th in the table at the moment, and managed to win just twice all through the campaign. One of their sole two wins came against the 18th placed Almeria.

Going on, they managed to find the back of the net just seven times in total so far in the campaign. Of these only four came on the road, and they managed to deliver only a single win away from home.

Meanwhile, Valencia are placed eighth in the table at the moment, and are one of the very few teams to have remained unbeaten in the last five match-days.

They need a surplus of only five points to climb level with the fourth-placed Atletico Madrid. Moreover, most of the teams that are above them in the table have tough fixtures coming up, and this is a great opportunity for them to make some major inroads as far as a podium finish is concerned.

Furthermore, they have a good h2h record against this rival over the years.

All of these observations point towards the same conclusion – that Valencia are about to deliver a winning performance this Saturday.

Valencia are on a long unbeaten run, so much so that their latest defeat came back in the first weeks of September.

It is also quite telling about their form that their sole loss here this season in any competition came against Atletico Madrid.

On the other hand, Mallorca are currently on a losing streak, and are letting in goals in plenty in their road games. Rarely have they won in the past five months, and these came against some of the teams that are on a course to get relegated.

By the looks of things, expect a win for Valencia this Saturday at their home.

Tips for Valencia vs Mallorca